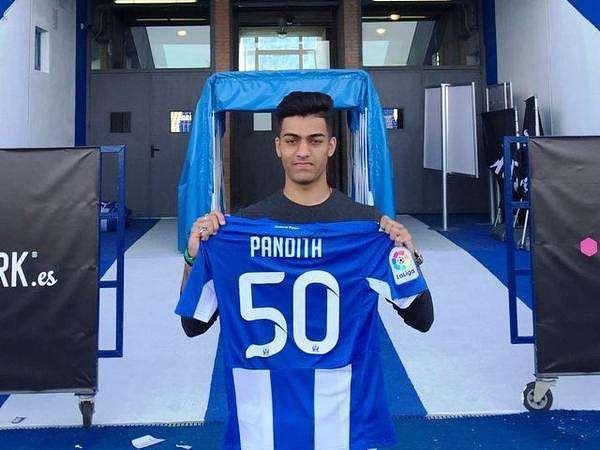 Young Indian talent Ishan Pandita can play in ISL this year. Ishan has played in lower division leagues in Spain and played for La Liga side Leganes as well. His agents are in contact with three ISL clubs for a potential transfer.

Ishan is a natural centre-forward but is also effective in wings. In 2016 he signed for the Leganes Youth team as a 17-year-old and became the very first Indian player to sign for a Juvenil-A side, the top tier of youth football in Spain.

Currently, Ishan is playing for Spanish club Lorca FC. Before the COVID-19 pandemic, he had offers from two-second division clubs of Spain. But after the economical breakdown, the situation has changed and Ishan may return to India. Ishan said, “You know the thing is, it’s changing every day here. I didn’t initially want to come back because things were going well; it had taken me a long time to get used to the country’s football culture and pace, but I was finally there.”

“Now with the situation getting worse every day, I might have to return to India and I am considering playing either in the I-league and ISL for a year if the situation doesn’t get better. If you ask me, the pace here is way faster; not to undermine the Indian league, but I can feel I’m getting better and opportunities are opening up for me.”, he added.

According to some Pundits, he can be a perfect replacement for Sunil Chhetri in the Indian national team. Not only that some of the Pundits also see him as the biggest thing of India in near future. Espanyol and Deportivo La Coruna legend Walter Pandiani admitted that he sees the younger version of himself in Ishan.

ISL is growing rapidly day by day, season by season. This year it is the 7th edition of ISL. In 2013 when...
Read more
Football

The wait is finally over for the Indian Football fans. Indian Super League is going to kick-off from 20th November.
Read more
Football

Bosnia and Herzegovina defender, Enes Sipovic joins Chennaiyin FC which makes him the very first player from his country to play in...
Read more
Football