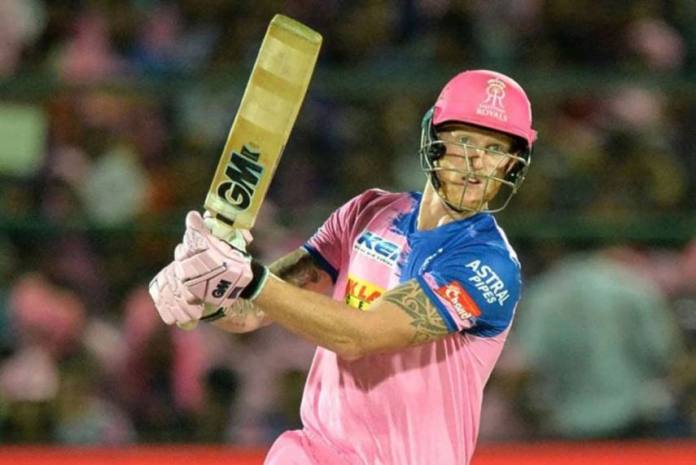 In what is set to be a big positive for Rajasthan Royals, it is reported that Ben Stokes will be joining the team camp somewhere in the first week of October. The earlier news was that the English all-rounder would be available for the second half of the season. He had cited personal reasons, in order to visit his ailing father in New Zealand.

But, thanks to social media, some fans were able to detect from his Instagram stories and Twitter posts that Stokes had been practising in his backyard.

As is the norm per IPL’s health protocol policy, Stokes will be required to quarantine for a period of 1 week. Provided the tests show a negative result, he will then be passed fit to play for the team. The schedule sees RR play two games on 9th October and 11th October, first against the Delhi Capitals and then against Sunrisers Hyderabad.

Regardless, Stokes arrival will add a bit of steel to the RR middle order. He has been consistent in his 3 years in the IPL so far, scoring 635 runs in 33 innings at an average of 22.68. His strike rate of 132 has dipped a bit owing to a sub-par season in 2018 but his importance to the team cannot be denied. Stokes is also more than handy with the ball, having taken 26 wickets with an economy rate of 8.26.

Although Rajasthan did win their first game beating CSK by 16 runs without both Jos Buttler and Ben Stokes, skipper Steve Smith will know the challenges that lie ahead. The role that Stokes plays is to anchor the Rajasthan ship in the middle and death overs to give them a strong finish during their batting. And in bowling, to fire in the yorkers as well as bowl some cutters and take wickets. Stokes arrival will only shore up the presence the IPL is known for – pitting the best against the best in the world.

It has been a long time since India played competitive international cricket, but that wait is set to end - against a...
Read more
Football

There is ongoing speculation about the future of Manchester City manager Pep Guardiola. As it stands, the Catalan head coach is out...
Read more

The blockbuster weekend will end with an equally fun match as table-toppers Mumbai Indians will take on the Rajasthan Royals.
Read more
Cricket

CSK endured a horrible night in Sharjah as they scored 115 in their 20 overs. In response, Mumbai Indians came out all...
Read more
Cricket

Match 40 of the Indian Premier League (IPL) 2020 will feature a heated match as Rajasthan Royals will take on Sunrisers Hyderabad....
Read more
Cricket

Match 37 of the Indian Premier League (IPL) will definitely help you get rid of those Monday blues as Chennai Super Kings...
Read more