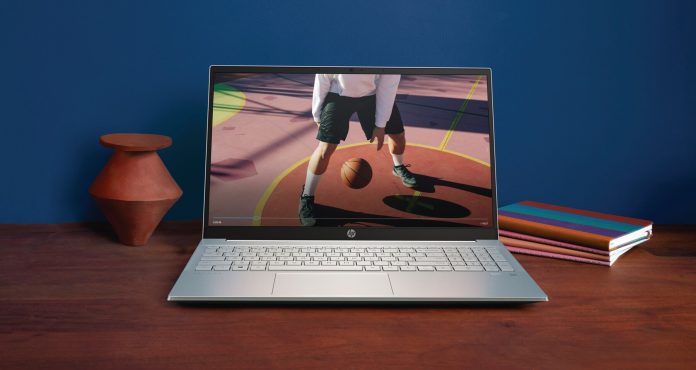 Although HP has launched quite a few gaming laptops with the latest Ryzen 4000 series mobile processors, in their consumer line of laptops there has been none of them except their overprice HP Envy x360. So, to make the new Ryzen based laptops affordable, HP has launched a new HP Pavilion 15 with AMD Ryzen 4000U APUs.

This is more kind of an upgrade rather than a new series totally, so a lot of things including the design remain the same as the previous HP Pavilion 15. Obviously this is the budget range from HP as the base variant of the laptop costs just $599 and will be available in the market from next month on HP.com and other online retailers in the US.

So, the new HP Pavilion 15 features a 15.6-inch FHD touch IPS display with 250 nits of peak brightness, covering 45% NTSC color gamut and a screen-to-body ratio of 85%. Considering this as a budget laptop, it does surprise me with its very slim bezels, and having touchscreen support is kind of an added bonus.

Under the hood, you get to choose between the 6-core Ryzen 5 4500U and the 8-core Ryzen 7 4700U, while the former APU comes with 8GB of RAM, the latter can be configured with up to 16GB. However, much like budget notebooks, the RAM here is non-upgradable but there’s the fast 512GB NVMe SSD on both variants.

Much needed features like a 720p webcam, Wi-Fi 6 support, and a fingerprint reader for faster unlocks have been included with the new HP Pavilion 15. Also, the integrated Vega 6/7 integrated graphics shall handle most of your daily needs and work-related issues without any problems at all.

The one USB Type-C port included can be used for multiple purposes including as a display output, data transfers and even for charging as well. On the other hand, you do get two USB 3.1 Gen1 Type-A ports, a 3.5mm headphone/mic jack, along with an HDMI 2.1 port.

The HP Pavilion 15 is juiced up by a modest 3-cell 41Wh battery, with which you cannot expect a huge battery life though. However, the laptop supports fast charging as just 45 minutes of charge can take the battery life to 50%. HP promises a battery life of up to 8 hours of battery life under light workloads.

Check out all the specifications: