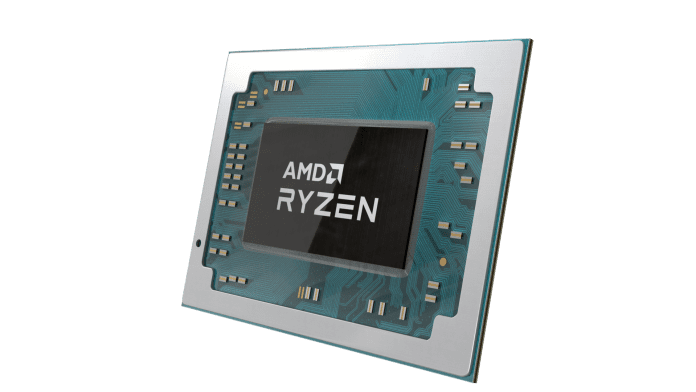 Chromebooks have become very popular these days and now as laptops have become even more important for education, the demand for Chromebooks has increased considerably. This is why more and more OEMs require cheaper processors to make Chromebooks much more accessible.

However, in this process, they do end up using crappy processors, which ultimately hurts the user experience. So, back in 2019, AMD introduced its AMD A4-9120C and the AMD A6 9220C processors exclusively for Chromebooks, to continue the legacy, it has again announced a much more modern C-series APUs.

The new AMD Ryzen and Athlon 3000 C-Series mobile processor lineup are the first AMD Ryzen, and the latest AMD Athlon mobile processors exclusively built for Chromebook platforms. These processors are based on the revolutionary “Zen” architecture that gives the best-in-class AMD Radeon graphics.

These new mobile processors deliver enhanced performance – up to 178% faster web browsing compared to last-gen. These processors have been designed in collaboration with Google to offer up to 212% better performance for multitasking and content creation compared to the previous generation of AMD Chromebooks.

The cherry on the cake is the fact that these APUs come with integrated AMD Radeon Graphics is the best compared to the most used 10th Gen Core i5-10210U, or Core i7-8550U CPUs from Intel against AMD’s latest Ryzen 7 3700C processor.

“Whether users are online, offline, on-the-go or at home, AMD Ryzen processor-based and Athlon processor-based Chromebooks deliver the combined CPU, graphics and overall performance needed to stay productive and breeze through the high demands of distance learning and remote working,” said Saeid Moshkelani, senior vice president and general manager, Client Compute, AMD. “We are pleased to be working with Acer, ASUS, Google, HP and Lenovo to significantly expand the number of AMD-powered Chromebooks and deliver more powerful options with the first of many AMD Ryzen-based Chromebook systems.”

There are 5 processors in total – 2 of them being Athlon APUs while the others being Ryzen APUs:

All of these processors consume 15W of TDP and thus giving more performance, while the integrated Radeon Vega graphics on the Ryzen 3000 C-series helps to make the newer Chromebooks even more worthwhile for everyday use and work. One can even run Linux on Chromebooks, as AMD has said that their APUs can easily handle Linux.

AMD has also promised that these latest Ryzen and Athlon 3000 C-Series mobile processors will deliver long battery life as well as bring the latest Wi-Fi 6 and Bluetooth 5 capabilities for enhanced connectivity. Not only that, these processors will allow OEMs to use thinner and lighter Chromebook designs.

These new AMD-powered Chromebooks will fast and responsive while browsing the web, multitasking, or streaming video. Already new Chromebooks housing these processors will be available from Acer, ASUS, HP, and Lenovo in Q4 2020.