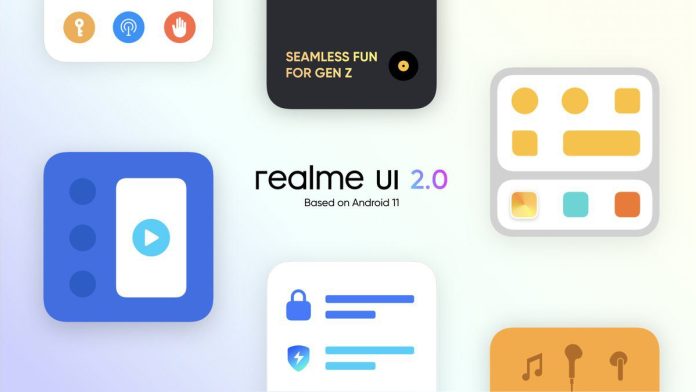 The Narzo 20 event was not just limited to smartphones, it also saw the unveiling of Realme’s second iteration of its own UI skin dubbed Realme UI which is now based on Android 11 and focuses on Creativity, Sociability, Productivity.

Under the Creativity, tag Realme has introduced new colors, five new themes where you can customize icons and fonts, an improved dark mode with three which now has three kinds of variants Enhanced, Medium, and Gentle which offers three different levels of darkness, updated Always-on display which now has five new themes along with some other customization options and also introduced the access to third party launchers.

Sociability focuses more over the social aspect of the UI as it suggests and Realme has made some changes here also like the Realme Share feature which allows you to share files between two devices connected over the same WiFi network and the Dual Mode Music Share which is basically Realme Share but for audio files.

Realme also announced a new feature dubbed as Subtitle Stitching that lets you share music lyrics as an image.

Keeping your privacy in mind, Realme has also announced few privacy-centric features which include the Private Space which lets you hide apps behind a passcode, the Invisible Door that feeds empty data to apps, pseudo Site Blocking, and Harassment Call Blocking.

Realme’s last focus was on the increasing productivity and the company has made some substantial changes in the Realme UI 2.0 to increase productivity and first of all the improvements is that now Realme smartphones have Digital Wellbeing. The floating window is just a fancy name for picture in picture mode and now your apps will start 23.63% faster and there will be a 32% increase in system speed.

Realme has not announced any timeline of Realme UI 2.0 but the company told that Realme X50 will be the first to get the new software skin. The early access for Realme UI 2.0 for X50 will open on September 24 with the open beta being available in late October so you can expect a stable build to release sometime in November end or at the beginning of December.

Realme has launched its X7 and X7 Pro smartphone in China on September 1, 2020. A renowned Indian tipster has tipped about...
Read more
Mobile Accessories

Accessories introduced in Realme’s Leap To Next Gen launch event

Through the 'Leap To Next Gen' launch event, Realme India gifts us more than ten products that are well following its 1+4+N...
Read more
Smart TV

Finally, Realme has launched the Realme SLED 4K TV. This TV has a price tag of Rs. 42,999, but the company provides...
Read more
Technology

Realme 100W Soundbar is coming for sale on 16th October

In today's Leap To Next-Gen launch event, the Realme team displays three audio devices in total. Two of them are the Realme...
Read more

We already know the latest rumor going around Silicon Valley about intel. The semiconductor giant is losing its crown as the king...
Read more