Is Kepa Arrizabalaga the worst Premier League transfer ever? 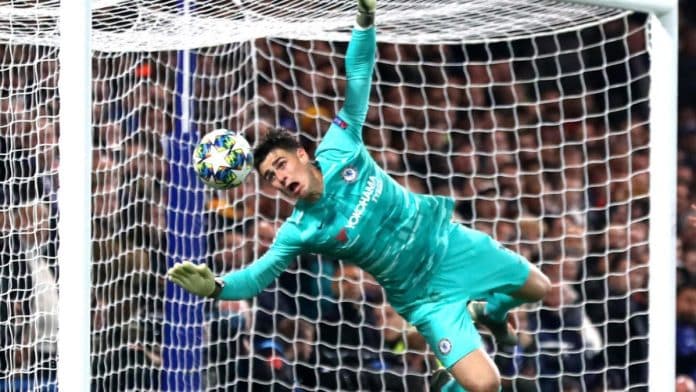 If you watched Chelsea vs Liverpool this weekend, then there’s a good chance that you’ve got your own share of opinions on Kepa. In what has been a rather difficult few months for the Spaniard, Kepa’s display on Sunday showed why he could be one of the worst Premier League transfers ever.

Now, by no means is it easy being a goalie. However, when you’re playing in the best league in the world, fans do have expectations from you. Among those, not assisting a goal against your own team is a pretty fair one.

Things were actually going good for the keeper till Christensen got sent off. Following the Dane’s dismissal, Kepa looked terrified of having the ball at his feet. Liverpool exploited this well and managed to force Kepa into an error for their second goal.

Following a casual back pass to Kepa from Reece James, Mane sprinted ahead to press the keeper. Rather than playing the ball downfield, Kepa knocked the ball right into Mane who obliged and made it 0-2.

Assessing Kepa’s problems at the back

Chelsea paid £72 million for Kepa, the highest fee for a goalkeeper in the world in 2018. Following the sudden departure of Courtois, the transfer now seems like an impulse buy.

Expensive or not, Kepa lacks confidence in his game. It is evident when Chelsea try to play out from the back. The keeper simply does not want the ball at his feet.

In addition, his errors are more consistent than his good performances. Which is something that nobody likes to hear, but it’s true.

Spending all that money for a keeper that makes errors every time he steps in goal for a team in the Premier League can be classified as a bad investment. Add to that the fact that Kepa still has five years to go on his deal and you might just have yourself a liability.

All that said, Frank Lampard has still shown faith in the Spaniard by protecting him in press conferences. It is also a sign of faith that Kepa is being started over Caballero.

From a constructive point of view, the best possible solution seems to be sending him out on loan. With Edouard Mendy poised to join Chelsea, it is evident that the Senegalese will be preferred by Lampard over Kepa. Loaning him out to another club where he can regain his confidence could be the best solution for all parties involved.

Previous article
LaLiga weekend 2: The highs and lows
Next article
The Redmi 9i launches in India as an improved version over Redmi 9a