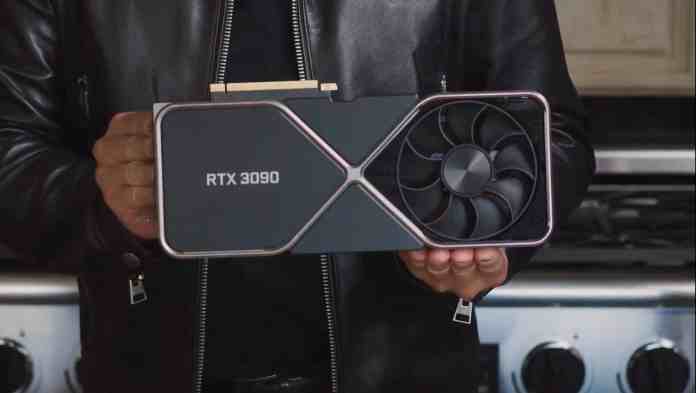 The sale of the Nvidia RTX 3080 graphics card went live on September 17 at 9 AM ET and within a second the product got sold out from all the major online stores in the US. Very few people were able to confirm their order and most of the limited stock was bought out by the scalpers.

Next on eBay, the scalpers started to sell the card more than the actual price of the Graphics card. The sticker price of the RTX 3080 is $699 but on eBay, it was getting sold for the price range varying from $1,000-$2500. It was hard to tell whether the listings were legit or not. But one thing was sure that the scalpers were taking full advantage of the situation to make a fortune for themselves.

After seeing this the gamers got furious on Nvidia and blamed the company for the sloppy launch of the card. Gamers who wanted to buy the card showed their anger on Twitter by criticizing Nvidia. They blamed Nvidia for faking the card launch and didn’t sell anything at all. Here are some of the tweets where customers showed how pissed off they are –

1) Not a single partner who had notifications for launch of the product sent one (that includes your own stores)
2) the nVidia shop went from Notify to sold out in 1.2 seconds
3) You didn't work with retailers to prevent scalpers

So you want us to buy AMD Cards?

Wish y'all would've made a system so real consumers could have actually ordered a card. Stayed up all night just to get crashed servers and everything sold out within 2 minutes without me even seeing the item as available. Literally went right from "Not Available" to "Sold Out".

On the same day in the afternoon, Nvidia finally responded to the situation with an acknowledgment that the early sale at 9 AM ET today was plagued by bots and scalpers. They stated that they are doing everything humanly possible, including manually reanalyzing orders so that they can sell the cards in the hands of legitimate customers. They also apologized to the customers for the morning’s experience.

The reaction from the customers was pretty obvious to the situation. Hoping that Nvidia fixes these issues quickly so that they can satisfy their customers.

Nvidia is busy this year, attempting to enter the data center semiconductor market through its ARM acquisition. Though many tech world giants...
Read more
Technology

The world leader in graphics manufacturing Nvidia has been pretty busy this year. With its deal of Acquiring ARM moving forward, the...
Read more
Technology

NVIDIA has been making rounds in the semiconductor market with its latest acquisition of ARM. This acquisition would most likely stir up...
Read more
Technology

Nvidia is the leader in the Graphics Card manufacturing market. The latest venture of striking a once in a lifetime deal with...
Read more

Intel is the semiconductor manufacturing market leader and has held the crown as the best for three decades. Recently, however, the company...
Read more