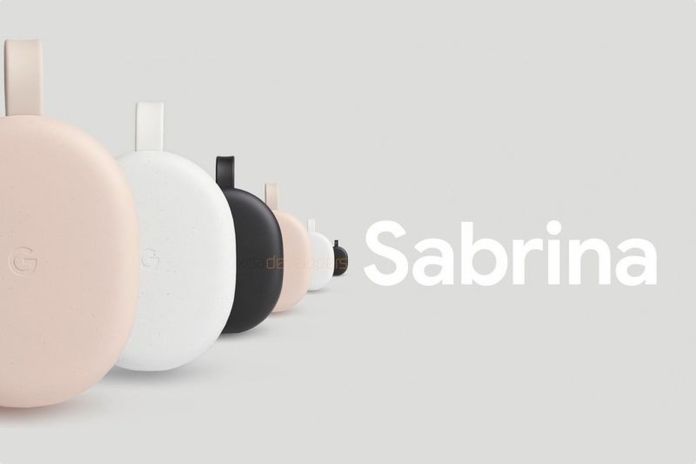 Seems that Google is all set to launch its next-generation Pixel smartphone alongside a 5G variant of Pixel 4a but it looks like that these both won’t alone and will be joined by some new Nest smart home devices including the Nest smart speaker and long due Android TV streaming stick codenamed Sabrina.

To explain to you the TV sticks its just a normal Android TV box but in the shape of a dongle something like a Chromecast that runs Android TV instead of just casting your Android smartphone. It comes with remote control and also has a whole suite of android applications compatible with your television. We have also come across some new images of the Android Stick which look not less than original.

According to the source of these images, Google is planning to rename the Android TV back to Google TV which was its original name way before Google renamed it to Android TV and it falls much in line with Google’s other smart home devices so just to make it less confusing for you Google will be launching “Google TV” not “Android TV”.

As far as specs are concerned the Google streaming stick is expected to be powered by Amlogic S905X2 SoC along with Mali-G31MP2 GPU and at least 2GB of RAM and 16GB of internal storage.

The remote control gets the minimalistic treatment with some basic control buttons and a joystick on it and volume rockers are on the side of the remote just like a smartphone along with dedicated buttons for Google Assistant, Youtube, and Netflix.

The user interface is also expected to get a refresh with more focus on the content instead of individual applications.

According to a few sources, the Google streaming stick which would be known as Google TV or Android TV or Chromecast with Google TV will be selling for $50 which is way less than its counterparts.

The smartphone giant already stepped into the Smart TV market with its only 4K TV this year and now, having tasted success...
Read more
Application

At its recent hardware event, Google introduced Google TV alongside the handsets, smart speakers, and the Chromecast. It is the replacement of...
Read more
Smart TV

A smart TV is one of the must-have things for family entertainment purposes in these pandemic days. Though the smartphone brands' entry...
Read more
Technology

Facebook is the world's leader in the social media platform. The company owns its social media web portal Facebook and is also...
Read more
Technology