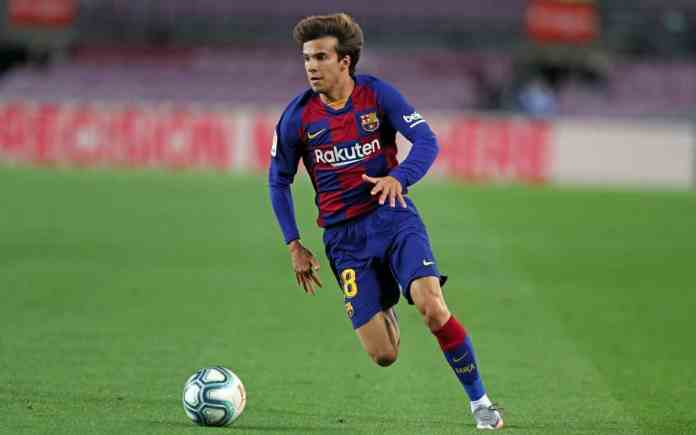 The 20-year old Spanish midfielder is considered as one of the most exciting prospects at Barcelona alongside Ansu Fati. The duo was starting to get more first-team chances towards the end of last season and was supposed to get more match time this season.

Riqui Puig said in an interview last season: “Very happy, especially for the minutes and confidence that Quique is giving me, and if we accompany him with good results, good minutes and good pace, delighted to give joy to this club”.

But the manager has changed in Barcelona with former Barca player Ronald Koeman replacing Quique Setien from this season. Koeman has come with his new set of plans and he has already told the board which players feature in his plans for this upcoming season.

Sadly, Koeman has informed Puiq that he doesn’t have him in his plans and asked him to look for a new club.

Koeman informed Riqui Puig yesterday that the game system which he will imply from this season won’t suit him and he has a lot of competition ahead of him to be able to play.

Although, in the pre-season friendly match against Tarragona, Riqui Puig featured for the Barcelona team. His agility and activeness on the pitch were on display all over the second half, after coming off the bench. He was one of the quickest on the pitch.

Puig seemed to have a very bright future ahead of him at Barcelona. A bright future is still very much possible but as things stand as of now his future lies away from the Camp Nou.

Lionel Messi, arguably the greatest ever player to play this game is unfortunately not in the best of his form. He may...
Read more
Football

This summer's hottest rumoured transfer in Lionel Messi to Manchester City seems to have been a sign of things to come. Barcelona...
Read more
Football

What a difference a football manager can make to a club within a matter of just a few months! Just about this...
Read more