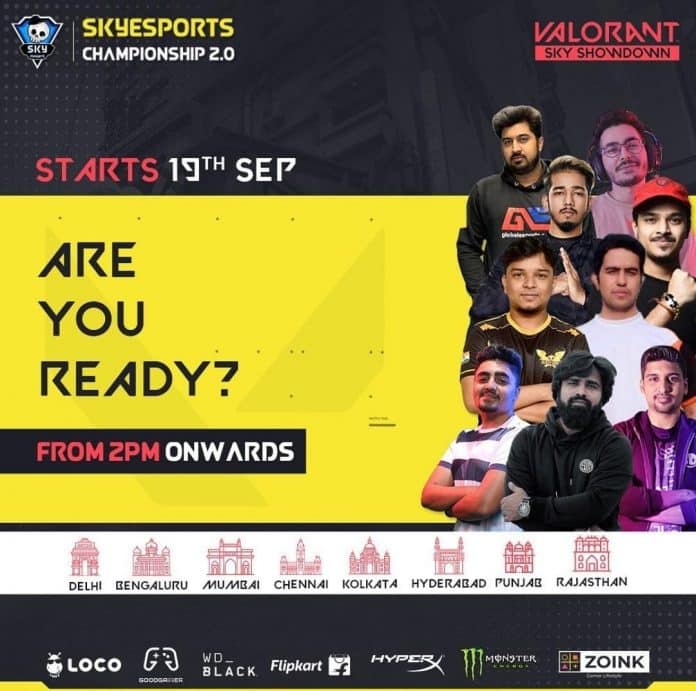 IPL has finally started on Saturday after a long wait. Chennai Super Kings faced Mumbai Indians in the inaugural match of IPL this year. Before that Indian Esports Gaming Community is now come up with a truly entertaining Valorant tournament for the Esports lovers of India.

The tournament is between 8 teams who will be featured as 8 different IPL teams. The organizer, Skyesports, has invited some professional teams and some influencers in this tournament to make it a successful tournament. All the matches are streaming on the youtube channel of Skyesports.

Today 4 matches were played and on tomorrow 4 more matches will be played. After that top 4 teams will qualify for the semi-final. Semi-finals and the final will be played on 21st September.

The last match was between Punjab and Hyderabad. Team Punjab, leading by Rohan ‘HydraFlick’ Ledwani faced OR Esports of Hyderabad. This was also a thrilling battle between these two teams. Hyderabad won the match at last.

The tournament has started very well as expected earlier. Indian Esports fans are looking forward to the next two days of the tournament.