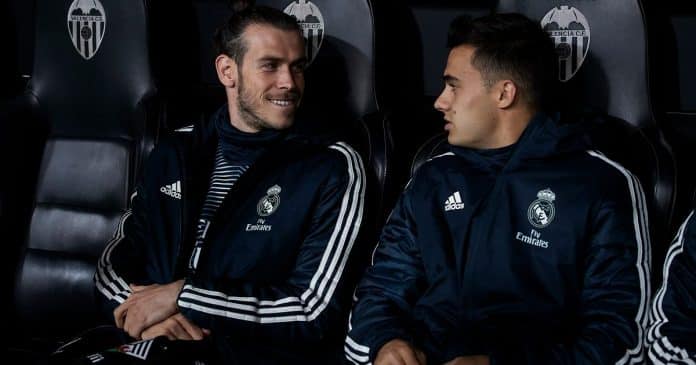 According to Transfer Guru Fabrizio Romano, the Real Madrid duo of Sergio Reguilon and Gareth Bale are flying over to London to officially complete their moves over to Spurs.

As reported by Romano, their medicals have already been completed in Madrid and the duo will likely be announced as Tottenham’s players by the weekend.

The transfer fee paid by Spurs for the Spanish left-back is rumoured to be in the region of around €30 million. In a rather interesting detail included in the contract of Reguilon, Real Madrid have a buy-back clause worth €45 million. Which means that Real can pay the specified amount and make the player come back to the Bernabeu at any time over his tenure at The Tottenham Hotspur Stadium.

Gareth Bale rejoins Spurs on a loan deal, after leaving for Real Madrid as the most expensive player at the time of his departure.

Mourinho missed out on Bale as the Welshman joined right after the special one’s departure from Spain. The players have been in contact with Mourinho throughout the summer, talking about the details of their move over to London.

Despite winning four Champions League titles with Los Blancos, the Welsh international has fallen out of favour with Zinedine Zidane and has been starved for minutes at the Spanish capital.

He hasn’t played in a Madrid shirt since the turn of the year. In an interview with Sky Sports, he also talked about being unappreciated by the Real fans and that his move away was blocked by the club last summer.

One thing is for certain. Bale will find minutes on the pitch coming along his way when he joins Jose Mourinho’s Spurs in an attempt to revive his career.