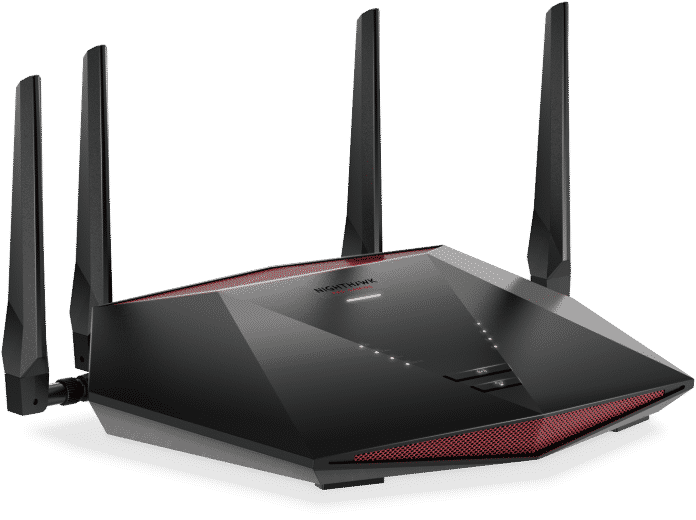 PlayStation 5 will be launched in November, with WiFi 6 support. It would be meaningless if gamers don’t have a router that will support the latest WiFi standard.

Companies like D-link and Linksys, offer great general-purpose router models. These routers offer many configuration software and security features but are not gaming routers. In the current market, WiFi 6 gaming routers have a very slim availability.

But Netgear has finally provided the gamers with a WiFi 6 router specifically made for gaming.

Netgear’s new Nighthawk Pro Gaming XR1000 WiFi 6 AX5400 router comes with the latest enhancements. The new router promises to offer gamers with more speed regardless of the device which they are using.

DumaOS has always been a regular for Netgear routers. It allows gamers access to Quality of Service (QoS). This feature allocates bandwidth by device so that the PC and Console can take priority when traffic is heavy.

Web, messaging and file-sharing can be de-prioritized while a player is busy live streaming on Twitch.

The biggest selling points for WiFi 6 are increased throughput and lower latency, two features that are key to maintaining a smooth online gaming experience. So the XR1000 should be better thanks to its hardware alone, with speeds four times faster than older Nighthawk gaming routers and a 1.5 GHz processor keeping everything humming underneath its angular black shell. But the real appeal of the company’s first WiFi 6 gaming router is the software running the whole show, DumaOS 3.0.

DumaOS 3.0 will allow XR1000 router admins to take deeper control and adjust the bandwidth that each app and game can take up.

Netgear Nighthawk Pro Gaming XR1000 WiFi 6 AX5400 router is available for sale at select retailers as well as from Netgear at $399. Though this sounds almost as costly as any console. Considering the features, it provides the cost is justified. The price is estimated to still come down to $349.99.