The Realme Narzo 20 Pro specifications leaked ahead of its launch 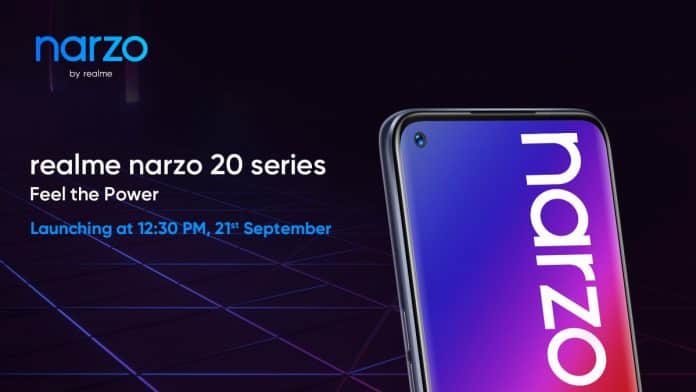 Regarding the RAM and storage, this phone will come in 6GB/8GB RAM variant and 64GB/128GB of internal storage. The storage is further expandable via an external microSD card.

Now coming to the battery section. The Realme Narzo 20 Pro will feature a quad rear camera module on its back. This rear module will include a 48MP primary sensor (f/1.8), a 2MP B&W portrait sensor (f/2.4) with a 2MP macro lens (f/2.4), and an 8MP ultra-wide-angle sensor (f/2.3). Regarding the selfie, this phone will offer a 16MP selfie shooter with f/2.1. You can also record 4K/30fps videos by the rear camera module.

This phone will offer a decent battery backup of 4,500mAH, with the support of a 65W fast charger. The Narzo 20 Pro will come in two different color variants: White Knight and Black Ninja. Regarding the size, this phone will have a dimension of 162.3mm x 75.4mm x 9.4mm and it will weigh about 191 grams. There is no official information about the final pricing of this upcoming smartphone.