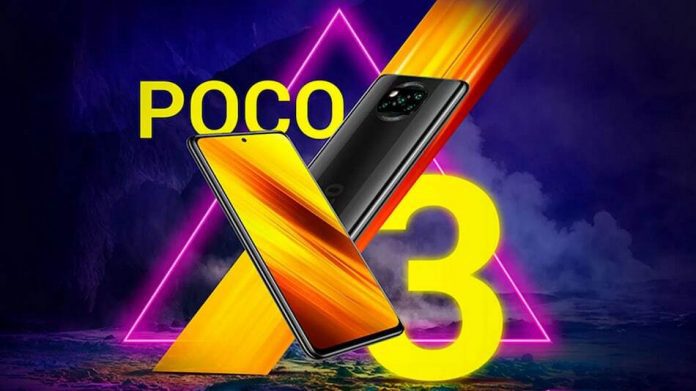 According to a recent poster revealed by POCO, the upcoming POCO X3 is all set to launch in India on 22nd September this year, 12 PM (noon) on Flipkart. The company has already launched the poster on Flipkart. POCO has not shared much information about the specification of this upcoming phone. Let’s check one more time what are the specifications we can expect from the POCO X3. Also, the company might also release the NFC version of the POCO X3 in India. In the case of a global release, POCO has already launched the global version of this phone, which is NFC Somet.

POCO X3 is the first smartphone that comes with Qualcomm’s Snapdragon 732G SoC, which offers better performance with the help of smarter, faster artificial intelligence (AI) as well as improved CPU and GPU. The latest SoC also brings features such as Snapdragon Elite Gaming and 4th generation Qualcomm AI Engine. POCO X3 NFC has been launched with a 6.67″ dot display with Full HD+ resolution. The handset has an LCD panel like its predecessor POCO X2 smartphone. The phone is backed with 5,160mAH of battery capacity along with 33W fast charging.

The POCO X3 NFC features an AI-powered quad-rear back camera setup, which includes a 64MP Sony IMX686 primary sensor, inside a semi-curved rectangular shaped camera module. It has an 8-megapixel ultra-wide angle sensor, and the others are 5-megapixel depth sensors and 2-megapixel macro sensors. In the case of the front camera, the phone has a 20MP snapper housed inside the top-center positioned punch-hole on the screen. According to the recent report, this phone will come in two different color variants: Shadow gray and Cobalt blue.

Previous articleGhostrunner is coming on October 27 for PS4, Xbox One, and PC
Next articleWhich team is more likely to win its maiden IPL title this year! DC, KXIP, or RCB?