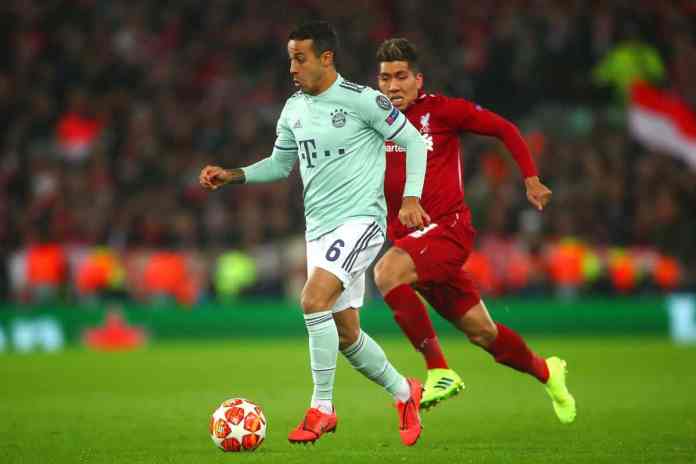 Bayern Munich chief Karl-Heinz Rummenigge has confirmed that Thiago Alcantara has informed the club that he wants to leave Allianz Arena this summer. The Spanish international is looking to try something new.

Alcantara is a La Masia, Barcelona’s youth academy product. He played 4 years in LaLiga for the Blaugranas but when Pep Guardiola took over at Bayern Munich he signed Alcanata for Bayern. He has now spent 7 seasons at Bayern winning the Bundesliga in each of his seasons.

The 29-year-old wants to try something new at the end of his career so he wanted to play in the Premier League. Since then, Champions Liverpool seemed to be his next destination. Liverpool would definitely benefit from the addition of such a quality playmaker in the middle of the park.

According to an exclusive report by The Athletic, Liverpool have agreed to sign Thiago Alcantara from Bayern Munich for a fee of around €30 million. The personal agreement with Alcantara won’t be a problem for Liverpool, it will be finalised in the next few hours.

The negotiations between Liverpool and Bayern have accelerated since Monday after Bayern officials made it clear they wanted a deal completed before the start of the Bundesliga season. The 2020-21 Bundesliga season starts tomorrow with the European champions hosting Schalke.

Thiago Alcantara to Liverpool will be a ‘done deal’ soon – as per @TheAthleticUK info.
Bayern Münich always asked for €30m as price tag and they’re gonna get it. Liverpool accepted to pay after Klopp pushing to get Thiago. Personal terms will be ok on next few hours. 🔴 #LFC

Alcantara has been so good in the middle of the park for Bayern in all these years. He is considered as one of the best passers in Europe. All the Liverpool midfielders like Henderson, Keita and Wijnaldum are hardworking players but they lack quality on the ball which Alcantara has in plenty.

Getting such a quality player for just around €30 million is a steal deal in the present transfer market conditions. Liverpool has done a smart piece of business.

Alcantara still has at least two-three years of his peak time left. He wants to experience new thing and Liverpool is on the rise. The Spanish midfielder would definitely improve the Liverpool midfield and once again make them a favourite for this year’s Premier League title.

Chelsea has been the most active club in the transfer market. They have made many big signings after keeping quiet in the...
Read more

After spending an extremely quiet transfer window until the signing of Thiago was announced, Liverpool have sprung to life in the transfer...
Read more
Load more