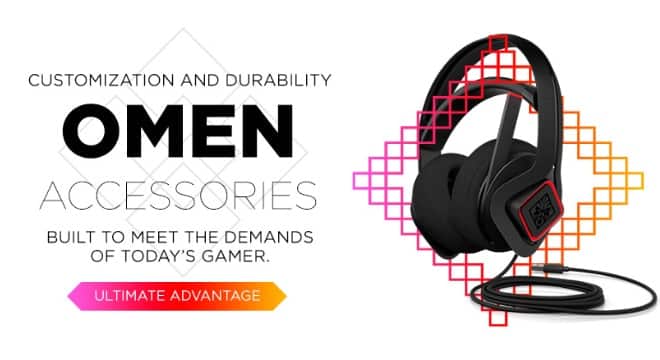 HP’s Omen series is a big name in the gaming industry. With every release being a piece of art in itself.

Both headsets are said to offer immersive 7.1 channel surround audio and has compatibility with both PC and consoles.

The wired headset comes with its own 24-bit USD DAC and is compatible with Windows as well as macOS. It also offers a 360-degree 7.1 channel spatial awareness. HP also offers the Omen Command Center for users to customize sound profile.

The Headset is compatible with PC, PS4, Xbox Switch and can also be used with smartphones that come with 3.5 mm headphone jacks.

The wireless headset from HP offered a 7.1 channel headset with low latency audio and long battery life. It is powered by a C-Media Xear chip.

HP claims that the lag while ensuring high fidelity is minimized by its Warp Wireless Technology. The headset is set to offer up to 30 hours of battery life on a single charge via USB-C.

Dell XPS 13 9310 2-in-1 has been dubbed as the best 13-inch laptop available in the market. The company just announced that...
Read more
Technology