Lampard hits out at Klopp about Chelsea’s transfers 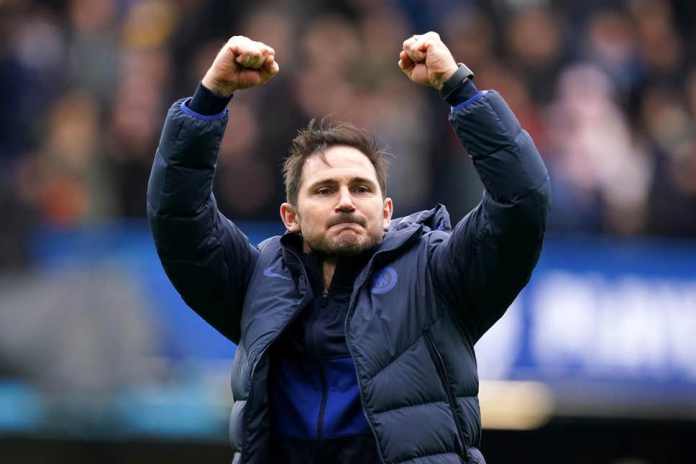 The talk of the town at this time of the season, are most certainly Chelsea Football Club. The team led by Frank Lampard have been making serious moves in the transfer market and having gotten the players they wanted, they now look like a formidable side ahead of the upcoming season.

The Blues have so far signed a total of SIX players for a combined amount in excess of 200 million pounds. It includes defenders Ben Chilwell, Malang Sarr and Thiago Silva along with an attacking trio of Hakim Ziyech, Kai Havertz and Timo Werner. They are also close to signing Edouard Mendy from Rennes.

Liverpool boss Jurgen Klopp insisted that his side can not compete in the transfer market with clubs who are owned by countries or oligarchs.

Frank Lampard has now hit out at Klopp. He said at his pre-match press conference: “I was less annoyed with it. I found it slightly amusing because I think when you talk about the owners of clubs, I don’t think it matters what line of business they come from.”

“We are talking about some very wealthy owners of clubs in the Premier League. With Liverpool’s story, I referenced it a lot last year. It’s a fantastic story of a club over the four and a half or five years that Jurgen Klopp’s been there where they’ve managed to get recruitment right to a really high level.”

“The reality is – other than maybe Leicester, which was an incredible story – most clubs that win the league in the modern day have recruited well and have recruited at quite a high-level money wise. You can go through the Liverpool players – Van Dijk, Alisson, Fabinho, Keita, Mane, Salah.”

“Incredible players that came at a very high price. Liverpool have done it over some time. What we have done is come off the back of a ban and probably try to address the situation ourselves to help improve us. It’s par for the course. We all know that.”

“When you carry on and what I read from Jurgen Klopp was that he said about the idea of bringing in a group of players is not going to be easy for us no matter what the level is and as I mentioned there we are talking about some younger players from different leagues.”

“I think he was talking with fair context when he said it like that but in terms of the money spent, of course, Liverpool have spent huge amounts in a very good way as well.”

“In terms of where we’re at, we have to not focus too much on what other teams, managers, supporters, radio, media say, we have to worry about what we can do on the training pitch as that’s the only thing that will define us so I’m not too concerned.”

“I’m pleased with the business we’ve done, really pleased. Now I want us to be excited as a team to work hard to get results.”

Frank Lampard further told Sky Sports: “I loved the nurturing last year, but I never wanted us to become an academy club. That story is great for five minutes and those debuts when you hand them out are really nice. But then it moves very quickly to people asking if you can win games now.”

“When you see the injection of players and what they can bring – they have all brought personality with them already – that should bring a level of competition that lifts the squad to new levels.”

“My feeling and my senses suggest the players are feeling that, but we have to show that on the pitch, and it is my job to manage that and take us forward.”

“Last year we spoke a lot about the transfer ban, and it was very relevant. To come fourth last year was a big achievement and it certainly felt that way with the competition around us. That’s done now, and now we are looking at whether we can get better, whether we can improve as a club?”

“It feels good because it has been work, it’s what you set out to do. Recruitment is a huge part of trying to be a club that is successful at the top of the Premier League.”

“Liverpool and Manchester City are big examples of that, they have got big coaches and great players they have brought in at the right time. We’ve made positive moves, now it comes down to work and whether we can show it on the pitch.”

The Blues will want to build upon last season and challenge for domestic cup competitions but at the same time, remain a serious contender for the league title. However, the chemistry under Lampard would need to come good and quick if they are to win games consistently.

It was a long time coming, but today afternoon saw Chelsea officially announce the signing of goalkeeper Edouard Mendy from Rennes, for...
Read more

All the football matches are being played behind closed doors due to the Coronavirus pandemic. Thus has affected all the clubs financially...
Read more
Load more