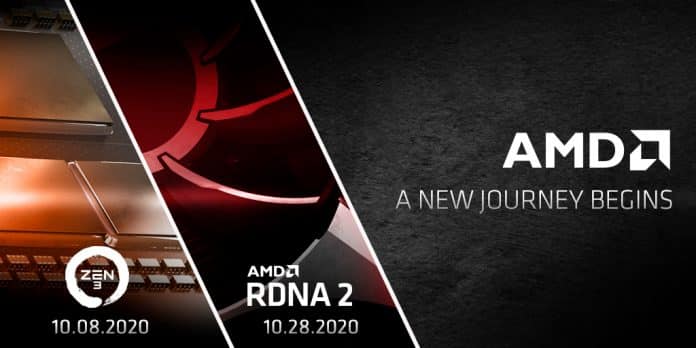 Recently, we thought something is coming with, especially in the GPU segment when AMD planted an Easter Egg in Fortnite revealing the Radeon RX 6000 series GPUs and yesterday’s tweet from Frank Azor just confirmed the fact. So, it’s official and now we get to know that it was the reveal date that AMD announced today.

Unlike NVIDIA who is hurrying to launch their GPUs as they fear that gamers will tend to go for the new Xbox Series and PS5 gaming consoles, AMD is having a gala time as these consoles will also be powered by AMD hardware. So, it has no hurry to launch their own CPUs and GPUs, and this is the reason they will launch them for the fall which coincides with the launch of the new gaming consoles.

Obviously, everyone is pumped up for both Zen 3 and Big Navi because as we know AMD is the price-to-performance king, so what it matters is performance improvements. Its new AMD Ryzen 4000U APUs are amazing and they are even facing hard times to match up with the unprecedented demand, so Zen 3 is exciting as well, on the other hand, its the Big Navi that has made NVIDIA announce the RTX 3070 for as low as $499.

A new journey definitely awaits for AMD and gamers prepare yourself a lot of AMD hardware in the form of CPUs, GPUs, and gaming consoles are incoming next month!!!