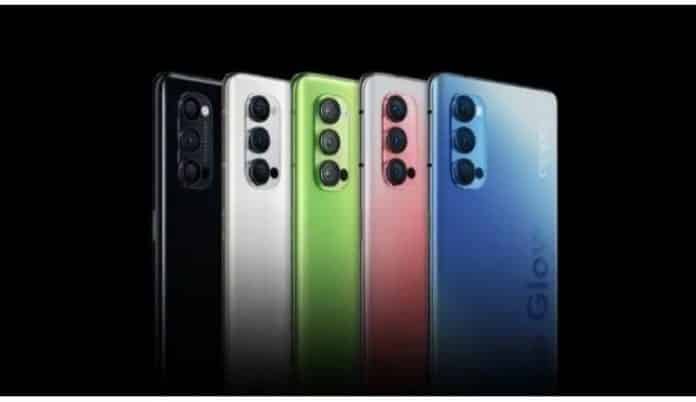 Recently there is a video leaked in Weibo, that featured some of the leaked information about the newcomer from OPPO, the OPPO Reno4 SE. Sounds like iPhone SE, isn’t it? Basically it is expected to be a slightly lower version of recently released the OPPO Reno4 Pro. Let’s check out what are those leaked specifications of this phone.

According to the leaks, the OPPO Reno4 SE is expected to run on Android 10 OS and will be powered by the MediaTek Dimensity 800 5G SoC. Regarding the display, this phone may feature a 6.43-inch E3 Super AMOLED panel (2400 x 1080) featuring a single hole punch display with a refresh rate of 90Hz.

Now coming to the most interesting part, which is the battery backup of this model. This phone may feature a 4,300mAH dual-battery cell, which will be powered by a 65W super flash charger. It is not the first time we are hearing about the 65W massive chargers. The Realme 7 Pro is the first phone featuring the 65-watt fast super dart charger.

Other than that, this phone may feature a 3D composite panel body + injection aluminum alloy middle frame and the weight will be 169 grams. Regarding the pricing, nothing is confirmed right now. But it is expected that the 8GB+128GB variant of this phone will have pricing of 2599 Yuan, which is around Rs. 27,981. There is no information available about when this phone will be launched by the company.

Oppo is the fastest growing smartphone vendor in India