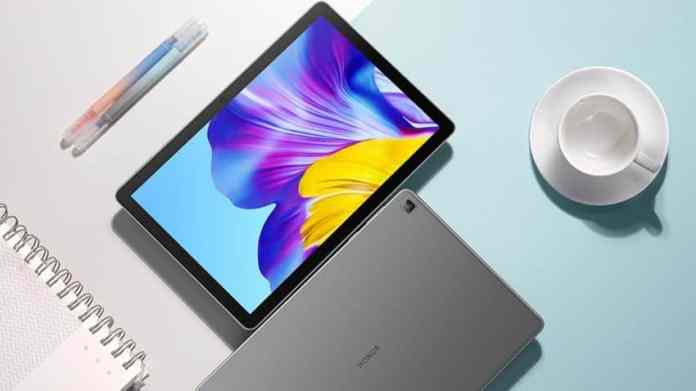 IFA is happening but this time its a 2020’s “Special Edition” IFA with just 200 exhibitors presenting their new stuff there and Huawei’s sub-brand Honor is one of them which launched a bunch of products during the event and that list includes two affordable tablets in its Honor Pad lineup namely Honor Pad 6 and X6 and they are not something new since Huawei has also announced them in its home country China couple of months ago.

Both Honor Pad 6 and X6 are almost same apart from some key physical differences and color options.

The Honor Pad 6 sports a 10.1-inch FHD+ panel, while the X6 comes with a 9.7-inch FHD display panel and has thick bezels around the display, and these panels, are also certified by TÜVRheinland and can have low blue light emission.

Speaking of similarities both the tablets offer a dual speaker system and the same 2MP sensor in the front for selfies while there is a 5MP shooter at the back and both of them are powered by Kirin 710A SoC and they even offer the same battery of 5100mAH that can be charged using the USB-type C port.

Both tablets run Honor’s Magic UI 3.1 skin which is based on Android 10 and come with Huawei Mobile Services since they are not allowed to use Google Play Services anymore.

Apart from the difference in the display size and resolution, they both have some more differences like Honor Pad 6 has two storage variants- 3GB + 32GB and 4GB + 64GB and Space Grey and Blue color option while the later Honor Pad X6 has only one storage variant which is 3GB + 32GB and is only available in Space Grey. Other than this, there is no LTE variant of X6 while Pad 6 is available in both WiFi and WiFi+LTE.

Well, there is no word on the official prices for the European market yet but the Honor Pad 6 starts at CNY 1,299 for the base variant with 3GB+32GB storage while the Honor Pad X6 has a relatively lower price tag of CNY 1,099.