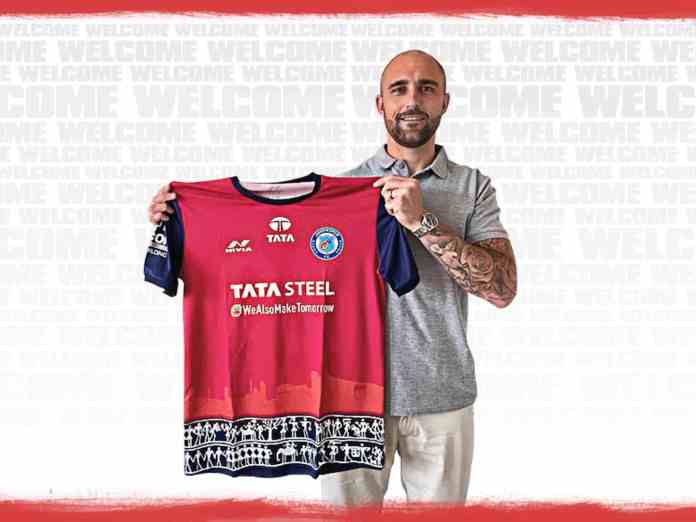 Harley comes at the back of a highly successful season with Motherwell FC in the Scottish Premiership. He captained the team to a 3rd place finish in the league. Motherwell FC finished only behind Scottish legacy teams – Celtic and Rangers. The defender helped his side to qualify for the UEFA Europa League 2020-21.

Our HART is too full right now! 🤩

Hartley said after joining Jamshedpur FC: “I’m honoured to be given an opportunity to sign for Jamshedpur, a club with ambition to win. I certainly didn’t have to think twice about playing for Owen Coyle, a manager held in high regard. I promise to give 110% every single day in order to bring success and silverware to the Jamshedpur supporters. At every club that I have played for, my goal has always been to add glory to my jersey number till the day I depart.”.

Peter Hartley is a Sunderland AFC academy product. He has played 418 matches till now in his stellar career since his senior team debut in 2007. He has helped his team to keep 122 clean sheets and has scored 37 goals.

Our version of Virat Compressive Strength.

Owen Coyle said: “Hartley is a massive signing for us. He brings in so much experience from playing in the English leagues and the Scottish Premiership. He is a central defender with great capability and a born leader. He is a fighter who is mentally strong and a fierce competitor. Hartley hates conceding goals and that’s the attitude I need from my center-back.”.

Peter Hartley will hope to repeat his success with Jamshedpur FC in ISL as well. He will wear the No 29 shirt at Jamshedpur.

Share
Facebook
Twitter
Pinterest
WhatsApp
Linkedin
Previous articlePREMIER LEAGUE 2020-21 SEASON PREVIEW: Will The Spurs Go Marching In?
Next articleKKR is all set to put their name on the IPL trophy for the third time as Cummins declares “Not concerned about Covid-19, soon joining KKR”

The transfer market is getting interesting every day in the football world. ISL transfers are also becoming quite interesting day by day.
Read more
Load more

The summer transfer window of 2020 has been a mostly underwhelming one for Manchester United fans. Only saved by the signing of...
Read more
Technology

Multiple tablets have been launched in Indian this September by the likes of Apple, Samsung, and Lenovo. In case if the iPad...
Read more
News

Day 11 of the Indian Premier League (IPL) will feature a clash of two sides who are on the opposite end of...
Read more
Mobile Accessories

In recent times, the global market of Smartphones is increasing day by day so as its accessories. The more advanced smartphones, the...
Read more
Load more

Day 11 of the Indian Premier League (IPL) will feature a clash of two sides who are on the opposite end of...
Read more