Coutinho joins Barcelona for pre-season, having thrashed his parent club out of Champions League 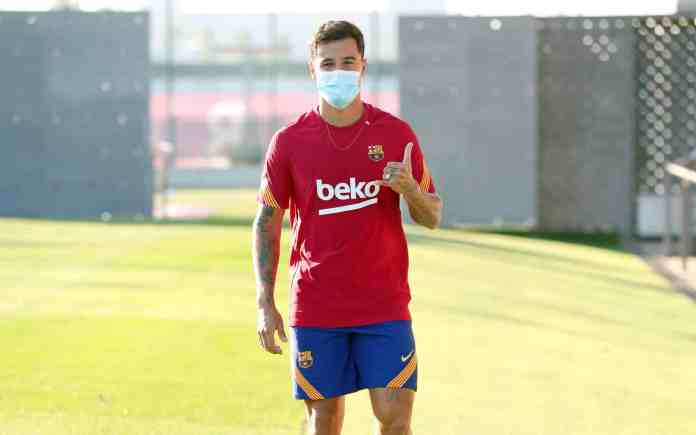 Today, Philippe Coutinho has returned to Barcelona and has joined the team for the preseason training having thrashed his parent club out the Champions League in that humiliating 8-2 loss to Bayern Munich, where the Brazilian spent a season on loan with an option to buy, although the German giants never bought him even after winning the Champions League.

Things have changed a lot since that match – Abidal and Setien were sacked, a lot of new faces in the technical staff, Messi wanted to leave the club, and a lot more. In the meantime, the Brazilian is back at Barcelona to resume training for the preseason, the new coach Ronald Koeman is fond of Coutinho and his talent, so he wants to give him the natural role as a creative midfielder.

It seems true enough that Countinho will be staying at the club this season and play under Koeman, although, it will be interesting to see if he shines under the Dutch coach or not. Here’s the club’s statement regarding his return at the club:

“There was double good news at the Friday training session following the day off on Thursday. Philippe Coutinho has joined the preseason preparations, working out individually. The Brazilian, who as out on loan to Bayern Munich, was not due to report to the club until September 8 after playing (and winning) the Champions League with the German outfit, but he has decided to cut short his vacation and join the Barça squad.”

“Meanwhile, the rest of the players currently working under the orders of new coach Ronald Koeman were finally able to train as a group in accordance with the protocol set forth by La Liga. So, the team were able to enjoy traditional rondos and possession exercises as one at the Ciutat Esportiva, where they are due back for another session on Monday at 9.30am CEST.”

What do you think, will Coutinho shine under Koeman and end up making records for the Catalans or will he again be a flop wearing the Barça shirt? do let us know in the comments below…