RETURN OF THE SLEEPING GIANT – Can Marcelo Bielsa keep Leeds United in the Premier League this season? 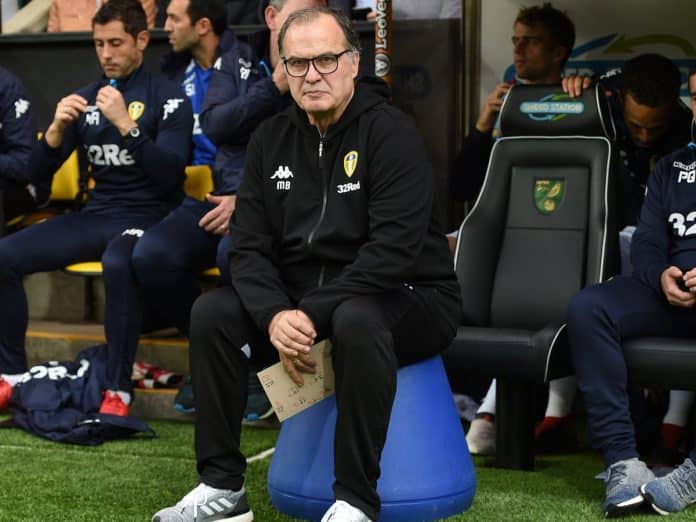 Despite no fans being allowed inside the stadium, voices metaphorically echoed in sheer ecstasy at Elland Road on 23rd July 2020 when Leeds United lifted the 2019/20 Sky Bet Championship trophy. The title win was merely symbolic because it meant Leeds are going to do something they have never done in the last 16 years – compete in the ever frenetic and competitive English Premier League. But the road only gets tougher from here as Bielsa’s men seek to keep themselves in contention for survival amidst other teams of similar stature also strengthening. So the only big question on everyone’s lips is – can they indeed do it?

Well for starters, Leeds chairman Andrea Radrizzani has already backed the Whites in the transfer market so far with two crucial signings in Rodrigo Moreno from Valencia and Robin Koch from Freiburg, the former sending shock waves through the footballing world as one that was “thoroughly unexpected”.

It seems as though these players are replacements for Jean Augustin and Ben White, who Brighton refused to sell because of being in Graham Potter’s plans. Nevertheless, the 35 million-pounds record buy Rodrigo comes with a pedigree of his own, having scored 35 goals in 141 games for Valencia and previously 27 goals in 68 games for Benfica. At a height of 182 cms, he is expected to be the ideal target man for when long balls are delivered as well as hold-up play to link with the likes of Pablo Hernandez, Mateusz Klich and possibly even Patrick Bamford. His quick attacking movement also means that he can start and finish counters while also converting crosses into goals.

The real concern for Leeds is that they favour an attacking style of play often compressing the width and letting full-backs and central midfielders go high up the pitch. While a fantastic tactic to use in the Championship, the Premier League is a much different level.

Many who followed last season know what happened to Norwich who were similarly promoted, only to finish 20th and be relegated. Ignorance is the fool’s wisdom they say, but Marcelo Bielsa is no fool. His alteration to tactics does require defensive pragmatism and sensibility while retaining that exciting brand of football, and he knows that.

Nonetheless, the strength of the club is in its team, who have regrouped together and the spirit is commendable. Further, they have the first team players who could play at the top half and mid-table Premier League clubs, and that is a testament in itself. They also have real leaders in the squad like club captain Liam Cooper, Luke Ayling and Stuart Dallas who can motivate and energize the team when the going gets tough.

The bottom line is that there is a challenge at hand for certain, and the bookmakers would certainly price Leeds to go down. But this is a squad that even if they were to go down, would not go down without a fight. After all, if the 5000/1 Leicester could win the title even daring Leeds United can fight for their place. This is the Premier League, and in this part of the town, anything is possible.