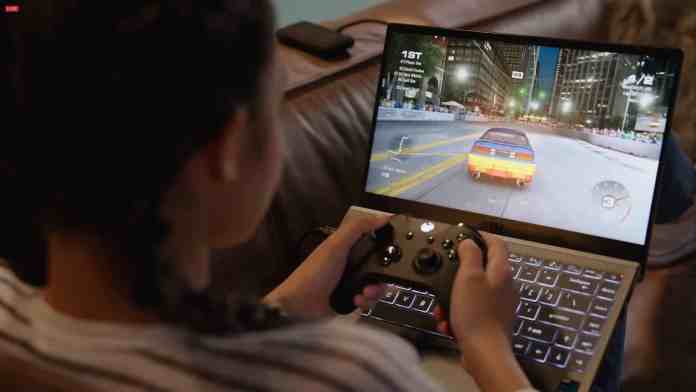 Until now, gaming on Intel integrated graphics was a myth and people found AMD’s integrated Vega graphics more compelling, so people bought laptops with AMD APUs as they were more budget-friendly than the improved yet costlier Ice Lake CPUs. So, even though Intel CPUs were a lot more costly, however, their iGPU has always been underwhelming.

Although with the new Intel Xe graphics, Intel is taking this to next level, the blue team has understood the fact that people these days need an all round product at affordable price points. Gaming on a thin and light is a myth but still the NVIDIA mobile GPUs have enabled this but never been that much improessive, so Intel has taken a leap in this segment, beating AMD, NVIDIA with its new Xe graphics.

Previous benchmarks showed the power of the new Gen12 Xe LP graphics over the AMD Radeon graphics and on paper, it looked really great. Yesterday, in its unveiling Intel did compare its own iGPU against the likes of AMD’s Vega iGPU and NVIDIA mobile GPUs as well, it even showed its superiority in triple-A games and even next-gen thin and light notebooks or 2-in-1 laptops can also let you game smoothly without any hiccups.

This obviously can surprise a lot of us because this kind of performance jump has never been expected from Intel who had been making crappy UHD graphics until now. Getting almost 60FPS in games without a dedicated GPU is indeed a commendable job and this will strike a new competition in the mobile processor market.

Apart from gaming, Intel also promises good performance in productivity workloads as well such as photo editing and even video rendering as well as editing. Intel even showed a demo where its new Tiger Lake CPUs with Xe graphics were better performing against the might Ryzen 7 4800U with integrated Vega 8 graphics.

Getting such graphical improvements in a generational difference is really impressive and obviously that too in a slim form factor new Intel-powered laptops can really make a difference. However, only time will tell how much these compelling and effective these new Tiger Lake CPUs are and if they suit the pockets of the masses as Intel has a bad track record in terms of pricing.