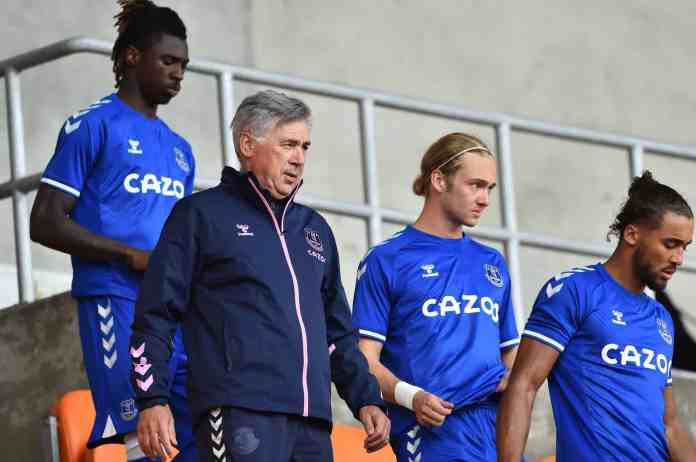 Everton is set to bring Abdoulaye Doucouré from Watford for a fee of €25M. Carlo Ancelotti wants him in his team for the next season.

It has been a busy transfer window for Everton FC. They have already completed the signing of Allan from Napoli and James Rodriguez from Real Madrid (only medical and final announcement to go). Now they are just one step away from bringing the French midfielder to Goodison Park.

According to Italian reporter Fabrizio Romano, “After completing deals for James Rodriguez and Allan, Everton are now one step away from signing also Abdoulaye Doucouré. €25m to Watford possible final fee but some detail still to be resolved. Personal terms ok. Ancelotti is making business…”

Abdoulaye has shown his talent in his time at Watford. Though Watford was relegated from EPL last season. But some of the players are on the target list of some of the big clubs. Doucouré is one of them.

In his four seasons at Watford, he has scored 17 goals in his 141 appearances. He was selected as the ‘Watford FC Player of the Season’ in the 2017-18 season.

Everton finished 12th in the league last season. It was not the result they surely wanted. Carlo Ancelotti took the charge of the club last December.

The three times UEFA Champions League winner manager wants to bring back good days to the Merseyside. He has brought two of his old students from the old teams he once managed. By bringing in talented and experienced players like James and Allan and young talent like Doucouré Ancelotti just wants to make a good balance in the team fulfilling the deficiency.

Everton will be hoping to atleast stage a fight against the big six clubs of England in the upcoming season.

The new Premier League season is underway with a host of new and exciting players set to grace the stage. Chelsea, in...
Read more