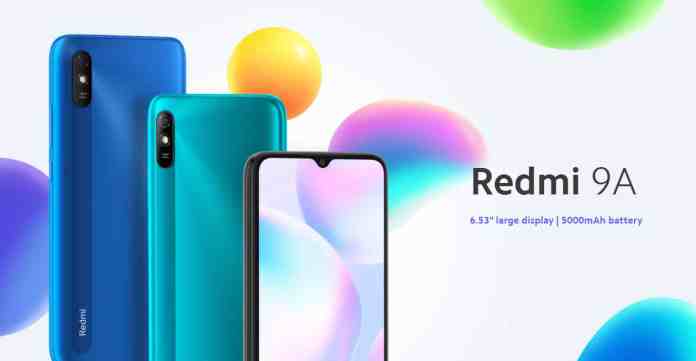 Let’s check out the variants and the specifications of this phone. This phone will be offered in three different color variants. Those are Midnight Black, Nature Green, and Sea Blue. This dual-SIM (Nano) Redmi 9A runs on Android 10 with the support of MIUI 12 and is powered by the MediaTek Helio G25 SoC Processor. Regarding the display, this phone features a 6.53-inches HD+ (720×1,600 pixels) LCD Dot Drop display with a 20:9 aspect ratio.

The Redmi 9A has 3GB of RAM and 32 GB of internal storage, that is expandable via a microSD card (up to 512GB). Now, let’s talk about the battery. This phone is backed by a 5,000mAH battery that supports 10W fast charging. Xiaomi has claimed that with the help of the Enhanced Lifespan Battery (ELB) technology, the battery of this phone will last three years without losing capacity. Regarding the connectivity, this phone supports 4G LTE, Wi-Fi, a 3.5mm audio jack, and a Micro-USB port. It comes with the AI face unlock and the splash resistant. The Redmi 9A has a dimension of 164.9×77.07x9mm and weighs about 194 grams. This phone has no fingerprint sensor.

Xiaomi's sub-brand Redmi debuted in the Audio segment a few months ago with Earbuds S in the country and then later on...
Read more
Load more

Surface Laptops have always been out of reach for quite a several people because of their pricing. However, Microsoft's Surface Go was...
Read more
Load more