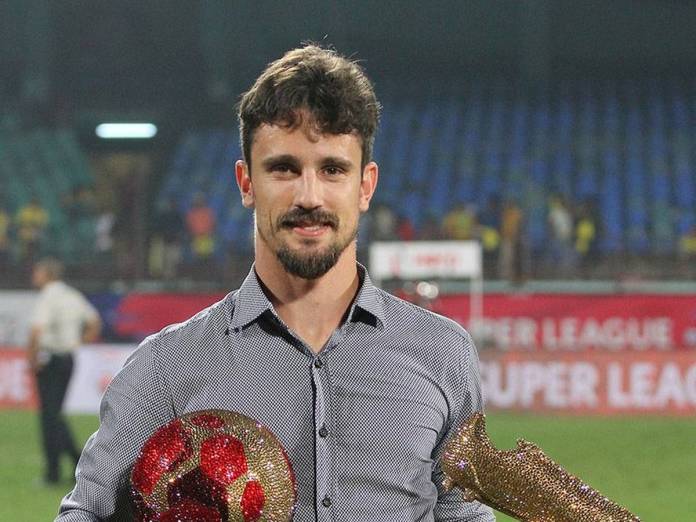 Marcelo Leite Pereira a.k.a Marcelinho started his professional football career with Atletico Madrid B team. The Brazilian forward can play as a striker or in the wings or as an attacking midfielder.

He has a lot of experience after playing in various leagues around the world. He joined ISL side Delhi Dynamos in 2016 and won the Golden Boot in his very first season in India.

The 3rd highest goalscorer in ISL history has now joined Odisha FC for the upcoming season.

The 33-year-old Brazilan said after joining Odisha FC: “I am very motivated for the challenge. I really want to do well with my new team and new coach. I hope that we have an amazing season ahead and I can’t wait for this.”.

Odisha FC President Mr Rohan Sharma said: “Life can be strange and beautiful. After a long time, It’s great to have Marcelinho back with me. Last time we were together, he set the league ablaze with his skills and goals. Now he has become the third-highest goalscorer in the ISL and I am sure he will bang some more in this season. He still has a lot to offer with his vision and scoring, and we both want to bring the trophy to Odisha this season.”

Head coach of OFC, Stuart Baxter said while welcoming Marcelinho to the Club: “With good experience of Indian football and a record that is admired by many, Marcelinho represents a good signing on all fronts.”.

Marcelinho is expected to continue his hot form in the upcoming ISL season with Odisha FC as well.

The wait is over. East Bengal FC becomes the 11th team of ISL this season. After long speculation, the official announcement of...
Read more
Load more