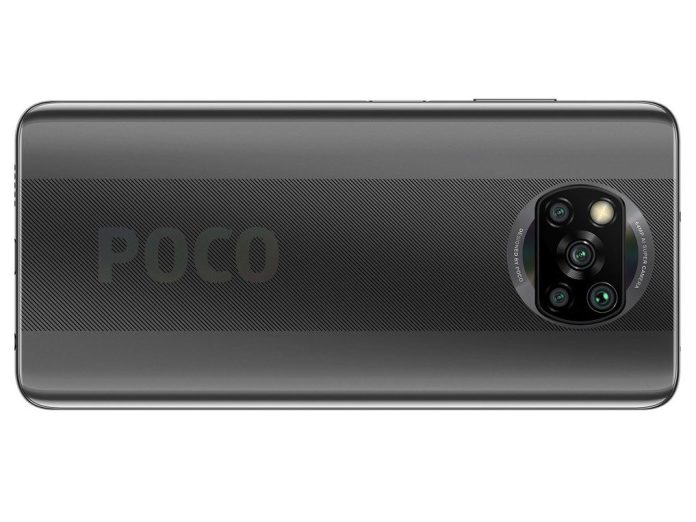 POCO is officially debuting POCO X3 (NFC), on the 7th of September. POCO announced the launching news on their official Twitter account. Now, POCO X3 appears on the GreekBench database, as the tipster Mukul Sharma posted a datasheet of GreekBench for this upcoming phone. POCO X3 will be the 1st smartphone debuted with Qualcomm’s Snapdragon 732G SoC, which was launched yesterday.

According to the GreekBench database, the new POCO X3 comes with a model number of Xiaomi M2007J20CG and runs on Android 10. The phone is powered by newly launched Qualcomm’s Snapdragon 732G SoC, which offers better performance with the help of smarter, faster artificial intelligence (AI) as well as improved CPU and GPU.

For the photography purpose, the phone has a quad rear back camera setup with 64MP main snapper. The POCO X3 NFC also has a Pro mode with options to adjust aperture, exposure value, ISO sensitivity, and white balance. But no news is reported about the other sensors yet. The phone might have a 20MP snapper for a selfie camera on the front.

POCO X3 will be the 1st smartphone debuted with Qualcomm’s Snapdragon 732G SoC. So willing users will so excited to have a new mid-range smartphone with all newly-launched processors. The launching live event of POCO X3 will be held on 7th September 20:00(GMT+8).

In a previous article, we claimed that the South Korean giant Samsung is expected to launch the Samsung Galaxy Tab Active 3....
Read more
Mobile Accessories

As we all know, Apple is going to launch its new flagship series- iPhone 12. The series includes iPhone 12, iPhone 12...
Read more
Nokia

Nokia 3.4 will arrive in two variants-spotted on FCC certification

Nokia is expected to launch a new member in its '.4' series family with a trading name 'Nokia 3.4' and will be...
Read more

According to a recent poster revealed by POCO, the upcoming POCO X3 is all set to launch in India on 22nd...
Read more

Redmi 9 Prime vs POCO M2: Are they both the same phones with different names?

Poco M2 is the latest offering from the Xiaomi spinoff brand Poco in India and for its features and price it...
Read more

Poco X3 NFC has been launched globally yesterday. The tipster Mukul Sharma has twitted to let us know that the POCO X3...
Read more
Load more

IPL 2020 has begun in full-swing. Earlier we saw the battle of two arch-rivals who have won the tournament...
Read more
Apple

Xiaomi, in this year too, announces the Smarter Living event for 29th September. Though the company didn't say directly what it is...
Read more
Load more

According to the listing on Amazon, the latest iPad Air 4 is coming soon to India. Now we can see on...
Read more