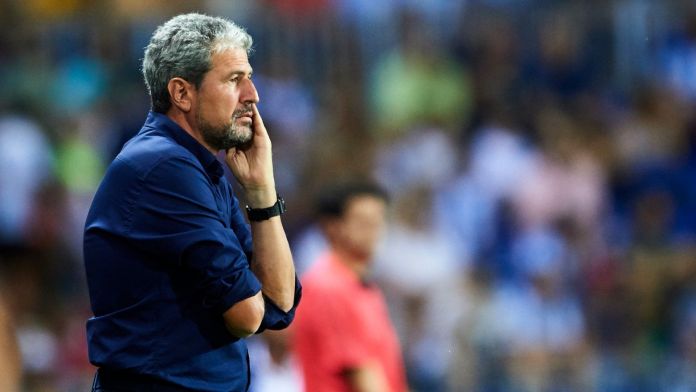 Spanish coach Manuel ‘Manolo’ Marquez Roca has been appointed as the head coach of Hyderabad FC. The club has announced this on Monday.

Hyderabad FC was searching for someone as their head coach who is as experienced as their former head coach, Albert Roca. Albert Roca left the job as he was called by LaLiga side FC Barcelona to become their new fitness coach.

Marquez is a highly experienced manager. He has the experience of La Liga and the Croatian top-flight. He has signed a one-year deal with Hyderabad FC.

Marquez has worked closely with former FC Barcelona and Real Betis manager Quique Setien and current CD Leganes manager Javier Aguirre. He also has coaching experience in several teams. He has worked in PB Anguera, AE Prat, CE Europa, CF Badalona, RCD Espanyol B, UE Sant Andreu, and UD Las Palmas B. He became the manager of La Liga side UD Las Palmas in 2017. After that, he took the charge of Croatian top-flight side NK Istra 1961 in 2018.

After signing the contract Marquez told, “It’s a big challenge for me to join Hyderabad FC as we are set to begin our season soon. The club has already been preparing and working on a lot of things over the last few months so that makes it a comparatively smoother process for me to settle in.”

“Given that Hyderabad FC intends to follow the same philosophy which I’ve worked with over so many years, I believe there are common goals already present. Now it’s just about hitting the ground running and imparting those ideologies to the players” he added.

Hyderabad FC co-owner Varun Tripuraneni was delighted to have him as the head coach of the team. He told, “We’ve worked towards a unified goal over the last seven-eight months while building our team. It has been one of our top priorities to continue the good work that everyone has put in and we strongly believe that Manuel Márquez is the perfect choice to do that. He has the credentials, and more importantly the experience to fit into our club. He has consistently proven himself at various levels and we expect a seamless transition.”.

It was a tough period for Hyderabad FC in the last season. They finished last in the league. Recently they tied up a contract with German giant Borussia Dortmund and want to claim the trophy next season.

This season’s ISL is going to start from 12th September. The new coach will have a very short period of time to prepare. Now everyone wants how HFC responds under their new coach.

COVID-19 has already shaken the economy of the whole world. All the European clubs are facing a heavy crisis in their economy....
Read more
Football

Leeds United has confirmed the signing of the Spanish defender Diego Llorente. Llorente has signed a 5-year deal with the Premier League...
Read more
Indian football

Wolverhampton Wanderers or simply Wolves are all set to link with international schools, academies, and football clubs in India after the Covid-19 pandemic...
Read more

ISL overtakes Australian A-League in terms of wages and competing with China, Korea and Japan

The Indian Super League is growing rapidly in every way. It has already been reported that within 2024 it can be an...
Read more

Marcelo Leite Pereira a.k.a Marcelinho started his professional football career with Atletico Madrid B team. The Brazilian forward can play as a...
Read more
Load more