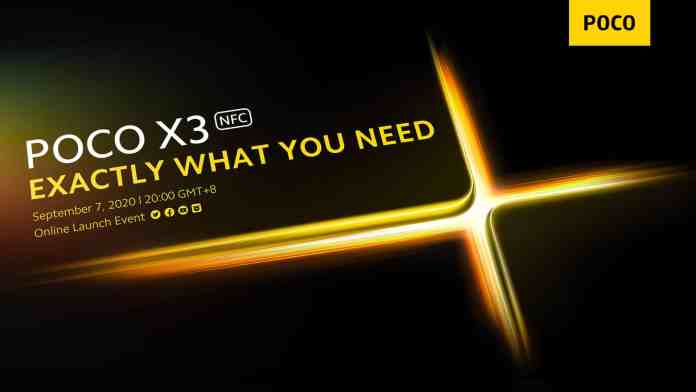 A piece of exciting news is coming from POCO, as the company is officially debuting POCO X3 (NFC), with all-new Qualcomm’s Snapdragon 732G SoC processor. POCO is posted a poster by their official Twitter account, announcing to launch its upcoming smartphone POCO X3 on 7th September. Another exciting news is, this upcoming phone is powered by Qualcomm’s Snapdragon 732G SoC, which is launched today.

Qualcomm’s Snapdragon 732G is an upgraded version of Snapdragon 730G which offers better performance with the help of smarter, faster artificial intelligence (AI) as well as improved CPU and GPU. Snapdragon 732G will first show up in POCO X3. The latest SoC also brings features such as Snapdragon Elite Gaming and 4th generation Qualcomm AI Engine.

Qualcomm’s Snapdragon 732G has many similarities with 730G SoC, as both have the same LTE Modem and Wi-Fi 6 connectivity. The built-in ISP of Snapdragon 732G can record 4K video at 30fps and also support HDR10 and HLG for high dynamic range footage. It can compress photos with the HEIF format. The AI accelerator offers performance up to 3.6 TOPS.

POCO X3 will be the 1st smartphone debuted with Qualcomm’s Snapdragon 732G SoC. So willing users will so excited to have a new mid-range smartphone with all newly-launched processors. The launching live event of POCO X3 will be held on 7th September 20:00(GMT+8).

Share
Facebook
Twitter
Pinterest
WhatsApp
Linkedin
Previous articleBKT is now the ‘Official Partner’ of 6 IPL teams – CSK, DC, KXIP, KKR, MI and RR
Next articleHere are the 10 other names besides OxygenOS that OnePlus also shortlisted for its UI

A few years ago we saw a new brand rise with its unbeatable smartphone but after that one launch that company...
Read more

According to a recent poster revealed by POCO, the upcoming POCO X3 is all set to launch in India on 22nd...
Read more
Load more