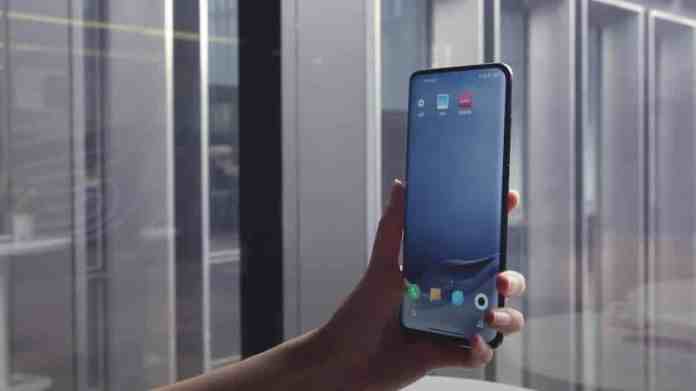 Under display camera technology is not a new concept now because we are already waiting for the September 1 launch of the ZTE Axon 20 5G smartphone with the world’s first under-display camera phone available for the mass. This is gaining more attention from more companies and among them, Xiaomi has already displayed its first under-display camera smartphone in a recent video claiming it as the third-generation Under-Display Camera Technology with a true full-screen display.

Shou Zi Chew, a Xiaomi executive, has revealed the video in his Weibo as well as Twitter account claiming that the phone will hit in mass production from next year. So this is clear that we can expect a true under-display camera smartphone camera from Xiaomi pretty much within a year.

Xiaomi has disclosed the technique which they implemented to get the third-generation under-display camera. ” The panel is doubling the number of pixels over the small circle to have the same pixel density and color accuracy as the rest of the screen. It is borrowing colors from the neighboring pixels but is able to turn off/go black on-demand – mostly when the camera is turned on.” as explained by GSMArena.

This technique allows to minimize the glare in the pictures and resulting in clear images. The colour, quality and clarity of every image is thus preserved without any compromisation. The third-generation under-display is a new revolutionary move from the brand and this will be in competition with other such smartphones with this technology.

The mass production will begin next year – 2021 and will be available at a decent price range keeping in mind how Xiaomi prices its smartphones.

Xiaomi launched an affordable handset from its 9 series smartphone- Redmi 9A with a big display, good battery life, and 3GB+32GB of...
Read more

Xiaomi is going to launch its Mi 10T Pro smartphone on September 30, 2020. The main thing about this extended series is,...
Read more

Xiaomi is going to launch its Mi 10T smartphone on September 30, 2020. The main thing is, the specifications of this phone...
Read more
Load more