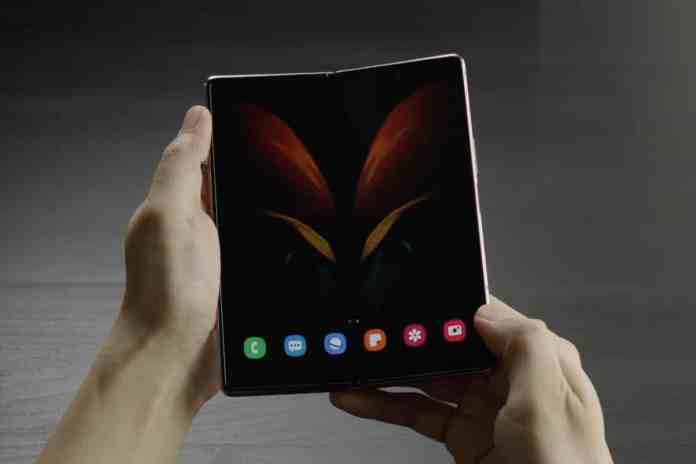 In the earlier days, Samsung had announced its Galaxy Z Fold Lite. But as it is a fold-able smartphone, for its fold screen technology, the price pf that is the phone really high. Now Samsung comes with another announcement with its Galaxy Z Fold Lite by which it will be more affordable than Z Fold2 in a similar form factor.

Though there is no official information about this new smartphone, the listing confirms that ‘Lite’ Fold will launch in the subcontinent. Previous reports indicate that the Galaxy Fold Lite will be launched on August 5. The publication claims the Samsung Galaxy Fold Lite was supposed to be priced at KRW 1 million (roughly Rs. 62,800), which would make it quite a bit cheaper than the current Galaxy Fold that comes in at Rs. 1.62 lakh as per Amazon. But there is no particular news about the pricing of the new Fold Lite, but according to the reports, the price is almost Rs.1 lakh lesser than the original vanilla version.

This phone has so far been rumored that it carries the model number SM-F415F. Here, ”F” stands for “Foldable”. The low number implies that this phone will be available at a cheaper price than the Galaxy Z Fold 2.

The recent report shows an image that visualizes the upcoming phone. The phone in the image is unfolded that has a punch hole camera on the top right corner for selfies and video calling. There is not much information about the specifications of the phone. In addition to this several leaksters also say the bezels of the new Fold phone will be thinner.

It is expected that the smartphone can be launched in an online Samsung Unpacked event next year but there is no such concrete news of the launch. But it is expected that Samsung will unveil the Galaxy Fold 2, Galaxy Z Flip 5G, and the Galaxy Note 20, among other devices at the event this year. The delay in the launch of the Fold Lite is due to the COVID-19 situation and thus the launch is pushed back to next year.

Earlier today we've got a leak about Apple's planning to introduce a new member to the family of iPhone 12, which might...
Read more
smartphone

Xiaomi's upcoming Mi 11 has appeared on the Geekbench website, where we got a comparison of the Exynos 1000 processor with a...
Read more
smartphone

Xperia Play 2: Sony is about to bring a PlayStation-inspired smartphone

Sony Ericsson had released the Xperia Play in the year of 2011 and it also got some good reviews. But after that,...
Read more

In a previous article, we claimed that the South Korean giant Samsung is expected to launch the Samsung Galaxy Tab Active 3....
Read more
Load more