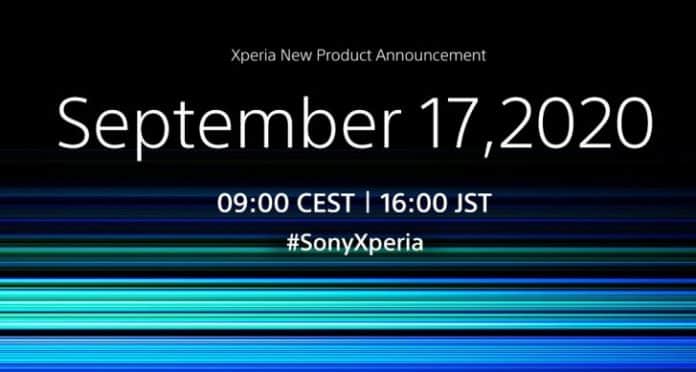 Sony is expected to launch a new smartphone on 17th September. The poster of this upcoming announcement has a hashtag with “SonyXperia”. Maybe the upcoming handset will be Sony Xperia 5 II, but Sony did not say anything about the model name.

The renders of Xperia 5 II has leaked, which reveal that the phone is designed with classic top and bottom bezel on the front side and triple rear camera on the backside with ZEISS T* lenses.

The screen size of this upcoming handset is still not known. But it is assumed that the phone would be very close to Sony Xperia 1 II which stuck with 6.5″ screen size. If the 5 series model does the same, that means the phone will be launched with a 6.1″ screen size with the protection of Gorilla Glass 6 on both sides. The phone may have a 90Hz refresh rate.

If the upcoming phone will be Sony Xperia 5 II, then the leaked news reveals that the phone will be powered by Qualcomm’s SM8250 Snapdragon 865 Octa-Core processor, with Android 10.

According to the leaked news, the Sony Xperia 5 II will be launched with a triple rear back camera with 12 MP primary sensors, 12 MP telephoto, and 12 MP ultrawide sensor. It will most likely be a 1080p panel, currently not 4K. The front camera holds 8 MP sensor for selfie and video capturing. The phone will come with a side-mounted fingerprint sensor.

Xperia 5 II may have 8GB RAM with a support of 265 GB of internal storage. It is assumed that the phone comes with Li-Ion 3,300 mAh, non-removable battery with fast charging support.

Bases on the source news, the phone will be launched with 5G network support. The other connectivity options are Dual-band Wi-Fi, Bluetooth 5.0, GPS/A-GPS, USB Type-C. The phone may have Stereo speakers with 3.5mm jack.

As Sony posted an official poster of an upcoming announcement for an Xperia model, it is assumed that the phone will be Xperia 5 II. Sony will live stream the announcement on its YouTube channel starting at 7:00 AM UTC.