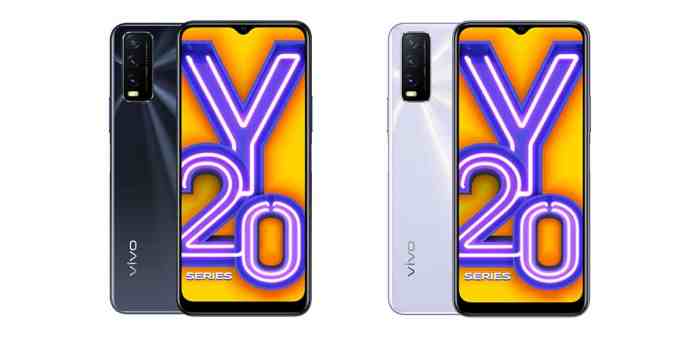 Vivo has made an official announcement of its Y20 and Y20i models in India. The models come in two versions of the same smartphone with different colors and RAM capacities. The Vivo Y20 comes with 4 GB of RAM capacity while the Y20i packs with 3GB. Both of the models have the same battery capacity and the main camera sensors are also the same.

The Vivo Y20 comes with an affordable price tag of Rs. 12,990, with 4GB of RAM, triple rear cameras on the back, and good battery life. It offers two color options – Obsidian Black and Dawn White. The smartphone will go on sale from 28th August through Vivo India e-store, partner retail stores, and the other major eCommerce websites.

On the other hand, Vivo Y20i comes a price tag of Rs. 11,490, with 3 GB of RAM capacity, same battery life, and the smartphone also features triple rear cameras on the back. This phone offers two color options – Dawn White and Nebula Blue. The sale for this phone starts from 3rd September on Vivo India e-store and the other e-commerce website.

Both of the phones run on FunTouch OS 10.5 which is based on Android. The handsets are powered by the entry-level Qualcomm’s Snapdragon 460 processor, this is a disappointment totally as these are around Rs.10k pricing still feature 400 series chipsets.

On the camera front, both of these handsets feature a triple rear camera on the back with 13 MP of a primary shooter with f/2.2 aperture and two additional 2 MP sensors with f/2.4 aperture. On the front, we have an 8 MP selfie camera sensor with f/1.8 aperture, placed in a waterdrop notch shape on the front side. The back cameras are aligned in a rectangle layout along with a side-mounted fingerprint sensor.

As said earlier these Vivo phones have different based on their RAM capacity. The Vivo Y20 has 4GB RAM with a support of 64 GB of storage capacity whereas the Vivo Y20i has 3GB RAM with support of 64GB of internal storage.

Both the handsets have 5,000 mAh battery capacity. Vivo Y20 is featured with 25W of fast charging support. Both phones offer dual-SIM connectivity. For connectivity & ports, these phones feature a micro-USB port, dual-band Wi-Fi, Bluetooth v5.0, GPS, USB OTG, and more. Both of these phones feature a lot of required sensors like the proximity sensor, e-compass, ambient light sensor, and accelerometer.

Vivo is expected to launch its V20 series of smartphones, and for previous some days, we all are eagerly awaited for this...
Read more
Load more