Oppo F17 and F17 Pro is officially arriving on September 2 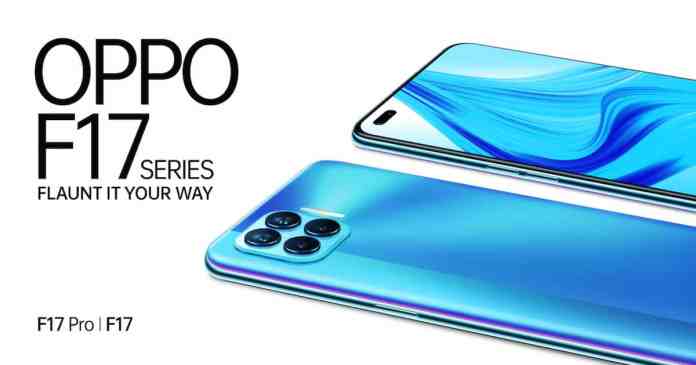 As we all know that Oppo India had tweeted the upcoming launch of the Oppo F17 series in India mentioning the date September 2. The online launch event will be live on that day at 7 PM onwards in the company’s official social media handles. The Oppo F17 Pro was being advertised as the “sleekest phone of 2020” with a 7.48mm thin chassis. We have also seen some specs of the phone and will be happy to share it with you all. The phone will have four cameras at the back along with two cameras housed in the punch hole cut on the display.

This model comes with a quad-camera setup with a combination of 16 MP primary snapper + 8MP+2MP+2MP lenses. The phone has a water drop-notch display which holds 16 MP front shooter.

This smartphone comes with a quad-camera setup with a comprises of a 48 MP main lens + 8 MP+ 2 MP+ 2 MP lenses, aligned in a rectangular layout at the left on the backside. The screen features a pill-shaped cutout for the dual front-facing camera, which is supported with 16 MP main shooter and a depth sensor. The phone has a fingerprint sensor on the screen.

The OPPO F17 has MediaTek Helio P95 Chipset. The phone is supported with a 4,000 mAh battery capacity that will offer users with 30W VOOC Flash charge technology. The phone will offer 8 GB of RAM capacity paired with 128 GB of internal support.

There are no officials declarations about the price of these phones, but it is predicted that the F17 series could be priced under Rs 25,000.