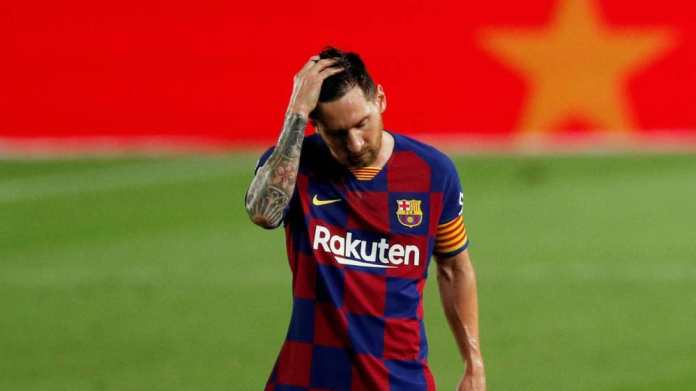 Messi has taken a shocking decision off late about his exit from Barcelona. It all started on Monday when his lawyers sent a burofax to the club stating to activate his ‘free transfer clause’ which has totally shaken the club and the fans across the globe.

The Argentine, who had promised to never leave the club, is now determined to leave Camp Nou because he had had enough from Bartomeu and the board associated with it. Now, there are speculations on whether he will leave for free and how the decision will be affected by the clause that he has with the club.

According to a report by Onefootball, The Athletic on Friday published a report which contains insights from two Spanish legal experts into whether the Argentine superstar really could walk away from Camp Nou for nothing.

Messi had a clause in his Barcelona contract that allowed him to leave at the end of the season but that expired on June 10, so his ‘free clause’ ends technically. However, like what happened with other transfers, FIFA had to extend due to the anomaly in timings due to the COVID-19, so it may happen that he could be allowed to leave for free.

“This, therefore, means a 20-day period before the ‘end’ of the season. Therefore, we know he has notified the club too late, according to the original date, by withdrawing from his contract in August.”

According to the report, if Barcelona goes into a legal battle with Messi, the three possible outcomes in the worst-case scenario of Messi losing the case will be:

That’s based on Article 17 of Fifa’s transfer regulations which state that:

Even if Lionel Messi walks away for free now, he may face a lengthy legal battle in the future whose outcomes don’t sound good. So it’s better for everybody that Messi and his new club sit down with Barcelona and agree on a transfer fee.

Premier League club Manchester City looks to be the most likely destination for the Argentine. City are ready to hand out a transfer fee if Barcelona wants a deal. It is reported that they have €300m for transfers this summer and they have already started calculating how they can afford the little magician.