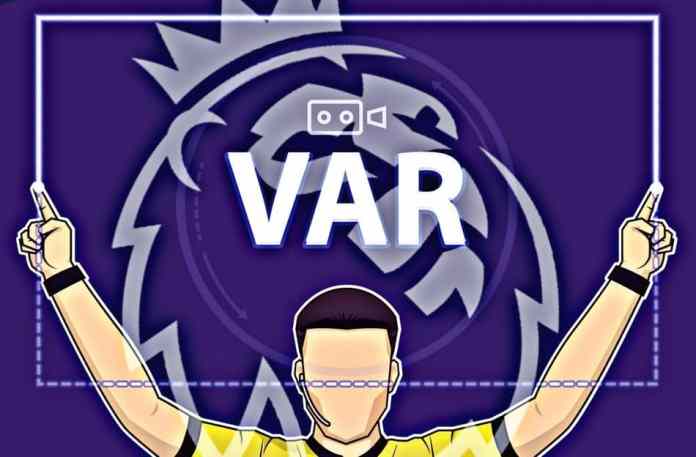 After so many speculation English FA has confirmed today that Video Assistant Referee [VAR] system will stay in the 2020-21 Premier League season.

VAR was introduced in Premier League last season. There was a mixed response from all the club about its credibility. It was also rumoured that it can be abolished from the upcoming season. But FA is happy to keep VAR for one more season.

Some changes in VAR rule has been implemented for the new season:

This will help the referees to get the right decision. A VAR screen will be established at the side of the pitch. The referee can watch the replay and give his decision about goals, red cards, and penalties.

If a player has direct impact on the ball, for example, they clear it or tap in a rebound, then only it will be seen as enroachment. It is also be judged only on a player’s foot and whether it’s in, or on, the penalty area or arc line at the edge of the box.

Keeping the flag down for tight marginal offside calls

At the time of immediate goal-scoring opportunity, the linesman will not raise the flag and let the game go. After the end of the attack, the linesman can rise up the flag for the earlier offside offence. If the attacks end with a goal then only VAR will check the matter.

No changes in this rule. No tolerance level will be maintained. An official Premier League press released stated: “The [offside] protocol does not allow for tolerance levels.” Any playing part of the body which is past the line of the last defender will be deemed offside, including a shoulder or a small portion of the foot.

East Bengal is going to start its ISL journey from this season. Since their joining in ISL, there are multiple rumors for...
Read more
Football

Houssem Aouar to Arsenal has been a transfer rumour for some time now. After concrete links with Man City and Juventus, it...
Read more

After the end of the T20 series, between England and Australia, now they are going to have a series of three matches of One Day...
Read more

Phil Foden and Mason Greenwood play for Manchester's two arch-rivals. Foden represents the blue side of the city whereas Greenwood wears the...
Read more
Load more