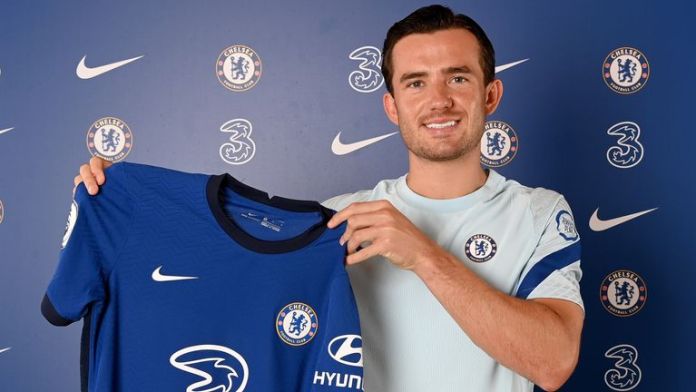 Chelsea was knocked out of the Champions League by Bayern Munich with an embarrassing aggregate score of 7-1. It seemed they had forgotten to play football as Lewandoski made a record of having 3+ goals and assists in a single Champions League match.

Frank Lampard is a quick learner and he has already started planning for the next season. Chelsea had already signed Hakim Ziyech and Timo Werner. Although Chelsea finished fourth last season, they conceded 54 goals in the Premier League. Lampard has been on the lookout to sign a new defender.

Chilwell is one of the most established and promising full-backs in the Premier League having made over 120 appearances for Leicester City since his debut as an 18-year-old back in October 2015.

Last season, he made 33 appearances for Brendan Rodgers’ side and scored three goals as the Foxes finished fifth in the Premier League.

Now, Chelsea has signed another defender, this time Malang Sarr on a free transfer from Nice for five years. The 21-year-old joined the Ligue 1 side when he was 5 and became a regular in their first team at the age of 17.

Sarr is primarily a centre back but is also adept at playing at the left of a three-man defence. He made a total of 119 appearances for Nice and scored three goals.

The young French defender will be sent out on loan for the upcoming season to gain first team experience.

After Chilwell… today Thiago Silva has signed his contract with Chelsea, announcement expected soon.
Havertz deal with Leverkusen has ben agreed too – as reported on Monday. It’s just a matter of time.
Malang Sarr will sign until 2025 and he can be loaned out. 🔵 #CFC #Chelsea

Former PSG captain will also join the Blues shortly and Bayer Leverkusen’s Kai Havertz has also agreed to join Chelsea. The North London club has been very busy in this transfer window. After finishing fourth last season, it seemed they are determined to challenge Liverpool and Manchester City for the Premier League title in the upcoming season.

It was a long time coming, but today afternoon saw Chelsea officially announce the signing of goalkeeper Edouard Mendy from Rennes, for...
Read more

All the football matches are being played behind closed doors due to the Coronavirus pandemic. Thus has affected all the clubs financially...
Read more
Load more