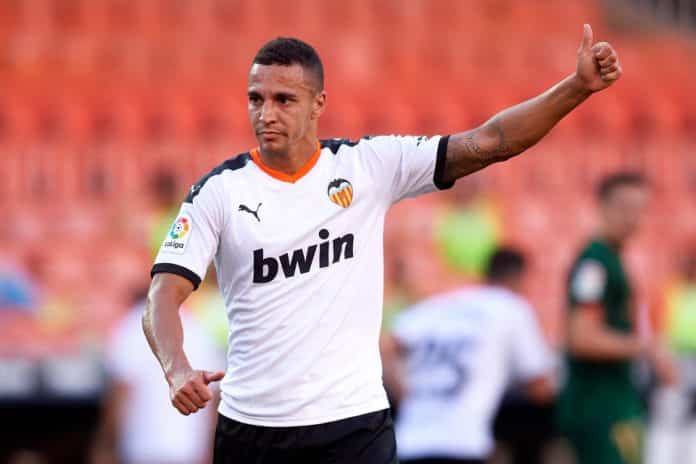 LaLiga side Valencia are in financial crisis and have already sold many of their first-team players including the likes of Ferran Torres and Dani Parejo. Now they have agreed on a deal with Leeds United for their striker.

Leeds United have agreed on a deal with Valencia for Rodrigo for €30m plus add ons. The medicals have been scheduled and the Spanish striker will agree on personal terms shortly.

Rodrigo to Leeds is here-we-go! Top deal just agreed between the two clubs for €30m + add ons to Valencia. Personal terms to be agreed on next hours. Medicals already scheduled. Bielsa is waiting for him. 🔵🟡 @DiMarzio @SkySport #LUFC #transfers #Valencia

Rodrigo joined Valencia from Benfica for €30 million in the summer of 2015. He has scored 59 goals in 220 appearances for Valencia.

The 29-year-old played an important role in Valencia’s run to a fourth-place finish in La Liga in 2018-19 but sadly they only finished ninth last season.

But, Rodrigo has been one of the best strikers in LaLiga since his arrival in Spain. His pace and eye for goal will definitely help Marcelo Bielsa to have a pretty good first season in the Premier League.

The club has decided they would do everything needed in order to stay in the Premier League for the foreseeable future. Helder Costa, Illan Meslier, Joe Gelhardt, and Cody Drameh have arrived at Elland Road on permanent deals. Manchester City winger Jack Harrison has also returned to the club on loan.

Leeds United have also been linked to former PSG player Edison Cavani, who is a free agent now. The club is going on the right track and it seems Leeds United’s rise won’t stop here.

Top 5 sides who have never won the Champions League