Nokia 5.3 and Nokia C3 launched in India: Price and Specifications 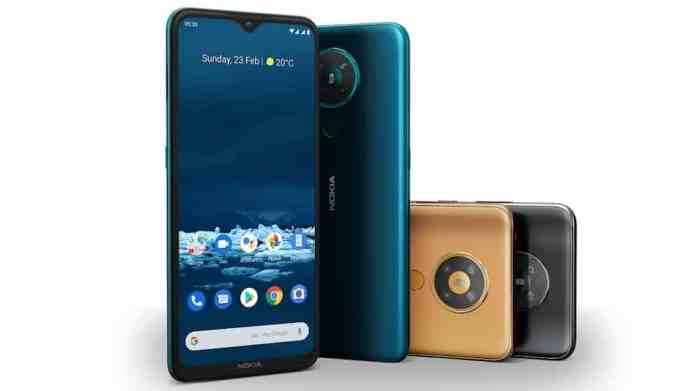 Nokia 5.3 and Nokia C3 finally launched in India and will be available for pre-orders starting later today. These phones are the budget segment smartphones from HMD Global. After a long 8 months from the launch of Nokia 2.3 in the country the company is launching another budget segment smartphones. The Nokia C3 was launched inChina last month and this time both the phones comes with a stock Android experience.

Nokia 5.3 has arrived in India in two different storage options. The 4GB + 64GB storage version is priced at Rs.13,999 while the 6GB + 64GB version is available at R.15,499. The pre-orders have started in Amazon India and in Nokia’s official online store. The official sale will start on September 1.

Buyers will get a benefit of Rs.4,00 from Jio on its Rs.349 plans and others benefits worth of Rs.2,000 vouchers and Rs,2,000 cashbacks from its partners. These affers are valid for both existing and The phone will be available in Cyan, Sand, and Charcoal colour options.

Nokia 5.3 features a  6.55-inch HD+ (720×1,600 pixels) display, powered by an octa-core Qualcomm Snapdragon 665 processor. The phone is available in two storage variants with upto 6GB of LPDDR4x RAM and 64GB internal storage. This memory can also be expanded via microSD card (up to 512GB) through a dedicated slot. Nokia 5.3 runs on Android 10 OS. It is powered by a 4,000mAh battery and supports 10W normal charging.

Now coming to the camera portion, the comes with a quad rear camera setup that includes a 13MP primary sensor with f/1.8 lens, a 5MP secondary sensor with an ultra-wide-angle 118-degree lens. The setup also includes a 2MP depth sensor and a 2MP macro shooter. We can also see a LED Flash along with four cameras. Nokia 5.3 has an 8MP front camera.

Nokia C3 features a  5.99-inch HD+ IPS display, powered by an octa-core Unisoc SC9863A processor. The phone is available in two storage variants with upto 3GB of RAM and 32GB internal storage. This memory can also be expanded via microSD card (up to 128GB) through a dedicated slot. Nokia C3 runs on Android 10 OS. It is powered by a 3,040mAh battery and supports 10W normal charging.

Nokia C3 comes with a single 8MP camera sensor at the back with an LED flash. It has a 5MP camera at the front.