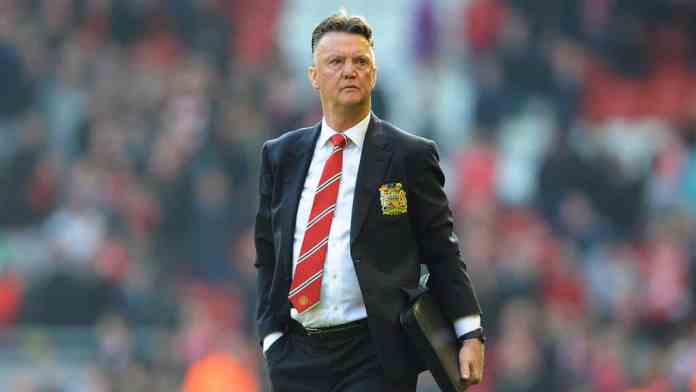 Louis Van Gaal took over Manchester United in 2014 following the dismissal of David Moyes. United was in a transition period and it was just a year after Sir Alex Ferguson’s retirement.

The Dutchman rolled off an eye-watering shopping list of the world’s biggest stars in the Season Preview issue of FourFourTwo magazine, which will be released on Wednesday, August 26.

Van Gaal told: “I wanted Robert Lewandowski, but when this proved difficult I tried to get Gonzalo Higuain instead. Before I had arrived, I also spoke with the board about Neymar. If you are at United, you have to think big – he was also interesting for the club in terms of selling shirts, and I wanted to have quick wingers.”

“For that reason, I also tried to get Sadio Mane and Riyad Mahrez. Thomas Muller was on my wish list, too, and in central midfield, I wanted N’Golo Kante. I even tried to sign James Milner, who was already quite old but very multifunctional and possessed leadership skills.”

“For the defence, I wanted Sergio Ramos and Mats Hummels, because ours wasn’t the strongest in building from the back. Those were my top targets, but we couldn’t get any of them. I don’t know why, because as the manager I wasn’t involved in any negotiations.”

“After I left, players like Mahrez and Kante ended up at Manchester City and Chelsea, while United couldn’t get them. I found that very odd.”

Van Gall further revealed that when he was in talks with United officials in Belgium about his job, he made his visions and intentions clear. United promised him a squad overhaul but it didn’t quite meet his expectations as they brought in Radamel Falcao and Angel Di Maria ignoring Val Gaal’s transfer wishlist.

Van Gaal explained: “I met with them in Brussels – clubs often organise talks in foreign cities so the media can’t track them down easily. The Glazers and Ed Woodward were there – they asked me about everything, including my vision and how I would want to organise things, and said they would meet my needs for new players.”

“I inherited an old team that hadn’t been refreshed for some time and wanted to rejuvenate the squad with players who would bring the same kind of quality. But to get the ones I wanted proved very difficult.”

“It surprised me, even though I understand that clubs hold out for the highest fee because they know United are the richest in the world. At the same time, though, if you are the richest, you’d expect to get what you want.”

“But it didn’t happen: we only got third-, fourth- or fifth-choice players.”

It seems the current dip in form of Manchester United after the retirement of Sir Alex Ferguson is solely due to their board and their transfer policies and failed transfers.

The Spanish left-back who had played a major role in Lopetegui's squad to win the UEFA Europa League last season has returned...
Read more

Gareth Bale to Manchester United: Why it COULD work?

Although Gareth Bale is linked with a move away from Madrid every summer, this one seems different. In an interview with Sky...
Read more
Load more

Flipkart ready to list its first overseas IPO by 2021

According to a recent report from Reuters, the Indian e-commerce giant Flipkart largely owned by Walmart is preparing to open up initial...
Read more