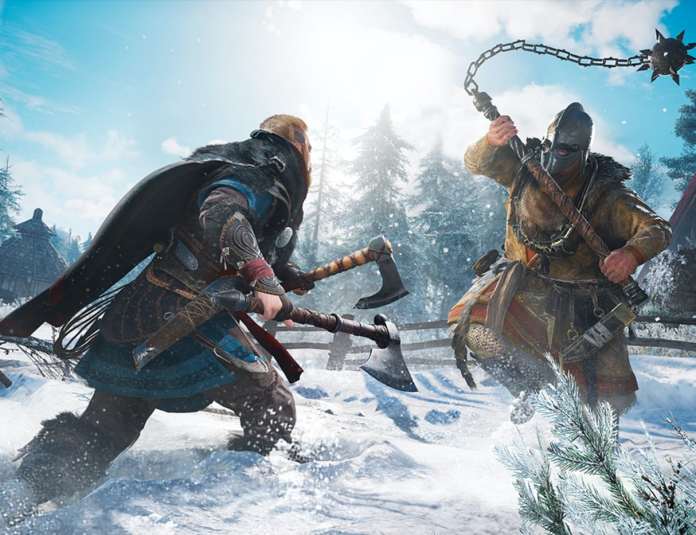 There have been many exciting video games released this year. Games of different genres and themes have been released to suit the taste of many players. From exciting casino titles to ordinary video games, the list is endless. However, there are some we can’t just stop talking about. We bring to you four hottest game releases this year.

Bet on Teen Patti by Ezugi

Bet on Teen Patti was released this year by gaming developer, Ezugi. It is a live game that is streamed from a physical studio in Romania. You get to play the game on a beautiful casino table and also watch the dealer deal the card like you are in a brick and mortar venue.

The game comes with stunning visuals and is streamed in HD quality. It brings a wonderful live gaming experience right to players in different locations. It can be played on desktops as well as mobile devices. It allows for an unlimited number of players to join the game. Unlike other games where you use chips, this is a real money Teen Patti game. You can find sites that offer this game here: https://teenpattibaba.in/real-money-teen-patti/

This is another exciting casino game released this year. It is one of the four wonderful casino games released by Bet Construct recently. Switch Blackjack is also a live game that is streamed from a real casino environment with a real dealer.

The game table features three seats per game and two betting boxes. It offers high odds side bets for experienced players, granting them the chance to make more money. The game serves as an alternative for the main Blackjack. You can read more about the game here: https://www.betconstruct.com/

The game simulates the whole Earth, making use of topographical data and textures from Microsoft’s Bing Maps. It features a 3D representation of the earth’s features like trees, grasses, buildings, terrain, and water. The visuals are perfectly rendered and the graphics are of high quality. It is already available for play on the Microsoft Windows platform but soon will be ready for Xbox Series X.

Marvel’s Avengers is an action-adventure video game that is set to be released for PCs, Xbox One, and PS4 on September 4. It was developed by Crystal Dynamics and published by Square Enix. It is based on the Marvel Superhero Comics titled Avengers. The main game’s plot begins five years after A-Day, a day of celebration for the Avengers which turned into tragedy leading to destruction and death. The SuperHero team was blamed for the tragedy. The team has to come back together to save the world from destruction.

Marvel’s Avengers is presented from the third-person perspective and allows players to gather a team of heroes by themselves. It can be played offline by a single person but can also be played online with up to 4 players at different aspects of the game. The game will feature customization options that allow players to choose abilities and costumes. Players will also be able to get free updates of the game.

Set to be released on November 17, Assassin’s Creed is an action role-playing video game. It is the latest entry and also the twenty-second release in the Assassin Creed’s series. It is developed and published by Ubisoft. The game player takes on the role of a Viking raider, Eivor, and leads other Vikings against the enemy kingdom. The player can choose to play the Eivor role either as a female or male. Players can also customize Eivors dressing and looks. This instalment has a similar structure of the main plot missions and some additional side missions.

Top Games To Play On Your Old 2GB RAM PC

Is Your PC Old? Does it still have a 2GB of RAM? Here Are the Games that You Can Play on them... There are a...
Read more

Gaming Industry Is Ready To Bring the Finest Games this 2018, So Here Are the Top 11 Upcoming Games After the launch of hell lot...
Read more

And Here We Are With Best Android Games 2017- Check Out If You Have All Of Them There are a lot of Android games in Google-play....
Read more
Load more

I guess you'll have heard that Microsoft has acquired Bethesda and its parent company ZeniMax, along with some massive franchises like Doom,...
Read more

Activision has made the Call of Duty: Modern Warfare and the battle royale game Warzone Season 6 update available to pre-download on...
Read more

Capcom announced that Devil May Cry 5 is coming to next-gen consoles with some new features and updates. The developer, Capcom, revealed...
Read more