Arthur bid goodbye to Barcelona before heading to Juventus 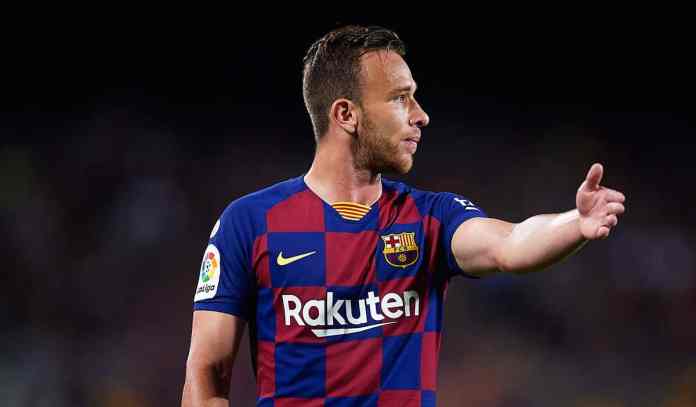 The Brazilian had been sold to Juventus as a part of the Pjanic swap deal that helped both the clubs mutually. This was obviously a bad ending, something which fans never expected but as the Barcelona board required money, they did sell a young player to bring an old one in the form of 30-year old Miralem Pjanic.

This saga even ended up badly when Arthur declined to return to Barca to train at the club and they took this even further legally. He arrived at Barcelona from Gremio in 2018 for 31 million euros plus nine in variables and he has been sold at a fee of €72m plus €10m in variables.

Pjanic was an awkward part of the deal that the board had to bear. While Arthur Melo didn’t return to play for the Champions League, Pjanic on the other hand, played out the entire season with Juve. Although, the Bosnian has been tested positive for COVID-19 and he is in self-isolation.

Now, Arthur Melo has become more diplomatic and has shared a message to say goodbye to Barca:

“Saying goodbye is always hard but harder still when you leave behind a place that is my home, an incredible city that will always be in my heart, where everyone welcomed me like another Catalan,” said the Brazilian.

“They showed me a new culture and helped me grow as a player and above all, as a person. I say goodbye to an impressive group of players and feel very fortunate to have played by their side, but above all grateful for their support as friends, people with big hearts.”

“And fans who won me over from the first day and fill me with pride to be a Cule and defend one of the most important badges in football, and they have shown me love and respect that I will never forget.

“Today I have to say goodbye but I’ll take everything I’ve lived here forever in my heart. Thanks for everything, Barcelona!”

Obviously, this kind of goodbye was not that fans expected from the Brazilian but however, it is what it is and Arthur Melo will start a new journey at Turin, so we wish him good luck!

Former Barcelona starlet Neymar is charged for €34.6 million to the Spanish state in unpaid taxes and debt accumulation. According to multiple...
Read more