Barcelona interested in Man City’s Angeliño, who was loaned out to Leipzig 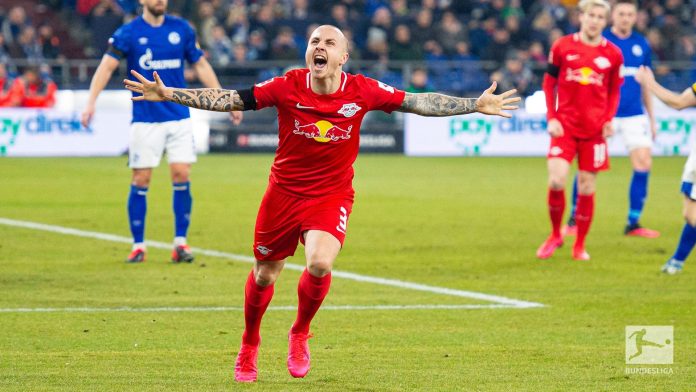 The Blaugranas want to overhaul the team completely and in that process, there are lot of rumors surrounding various players that can be signed this transfer window. Already president Bartomeu has declared indirectly, both the current left backs Jordi Alba and Junior Firpo aren’t intouchables so, maybe we could see a new face as a long-term replacement for Jordi Alba as Firpo hasn’t been that that much convincing defensively.

At this point, as MD points out, Ronald Koeman has made few requests to the board for signings and it is said that the recent Champions League sensation Angeliño is one of them, according to BBC. The Galician left-back is owned by Manchester City but was loaned out to Leipzig since December, who made a fantastic run to the Champions League semis even without being a heavyweight team.

Angeliño has been a key part of their left-hand defense and has also been a threat during attacks with his pace, much like Jordi Alba. The player José Ángel Esmorís Tasende, known as Angeliño is a native of Coristanco (a Coruña) who came to Manchester City in 2013 from Deportivo’s grassroots football. Since then, he has been assigned to a lot of clubs including New York City, Girona, Mallorca, NAC Breda, and PSV Eindhoven.

After a successful loan campaign, he will be a much more important asset and his current market evaluation has risen to 20 million but worth it for the Spanish player. However, Pep will never let him go for cheap as Angeliño has now got a lot of experience under his belt and can be an important option for Manchester City for the upcoming season.

As MD says, Barça has followed him for a long time now and now especially after his successful streak, Ramon Planes, the new Barça technical secretary, went to see him live a few months ago for the match against Tottenham. The transfer talks between Barcelona and Manchester City seem to get extended as already Eric Garcia is already set to leave City and now Angeliño too is in Barça’s part of the remodeling team.

Share
Facebook
Twitter
Pinterest
WhatsApp
Linkedin
Previous articleThe love we get in Chennai is more than what we get in our hometown: Deepak Chahar
Next articleNokia 3.4 spotted in Geekbench with 3GB RAM, codenamed “Doctor Strange”

Finally, Google has unwrapped its latest Android flagship, dubbed as Google Pixel 5. The company has fixed the price of that device...
Read more
Technology

This year saw many innovations in technology. But the most beautiful thing to happen might be Windows 10 on ARM. With Microsoft...
Read more
Application

ShareChat & Moj continue to expand its music library by collaborating with the leading music label companies in India, and across...
Read more
Load more