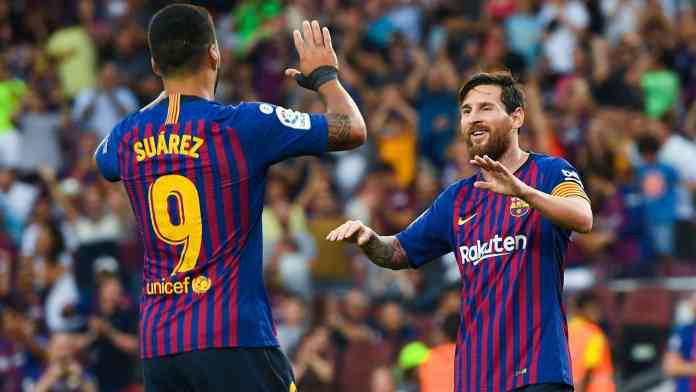 Luis Saurez has been the most important part of the Barca team for quite some time now but as his age is now 33 years. His future at the club remains to be a point of doubt, especially when Bartomeu has said he is not safe from the “redesigning efforts” where old players except Messi will be asked to leave this transfer window.

There’s a lot of things going on at the Camp Nou, sacking of Eric Abidal, Quique Setien and his staff, replaced by Ronald Koeman and a bunch of others who want to rebuild the squad. The club wants to reduce its astronomical wage bills by asking senior players to leave this season so that they can make new signings, this is more like begging to forgive over your own mistakes.

Even though the Dutchman had a meeting with the team captain Messi, he is not at all convinced with what is going on at the club. In the meantime, the Uruguayan striker has uploaded a cryptic message on his Instagram account that says, “Never forget that you are the architect of your own destiny.” This comes right when Koeman says he wants to make signings and restructure the team and rumors flood about the potential signing of Memphis Depay.

This cryptic message of Saurez cast doubts about his future at the club and as he his one of the highest earner at the club behind Messi, the board will be happy to offer him for a decent bid. There are rumors that Ajax can bid for their former star striker who is entering into the limelight of his career, however, this will be decision that only Leo Messi’s best friend will decide upon after scoring in the humiliating defeat against Bayern Munich last week.

In the six seasons he spent at the club, Saurez has scored 198 goals in 283 games and this is the last year of his contract but if he manages to play over 60% games in the upcoming season, his contract automatically gets renewed. So, the board will be pushing him to leave although he his still a decisive striker who has lost his pace over years, a lot of things await this transfer window at the Camp Nou.

Ousmane Dembele on the verge of joining Manchester United?

Though constantly hit with injuries, Ousmane Dembele is a class act on his day. However, things look bleak for the Frenchman as...
Read more

Jean-Clair Todibo joined Barcelona in January 2019 from Toulouse. The 20-year-old centre-back was deemed to be a future prospect.
Read more
Load more