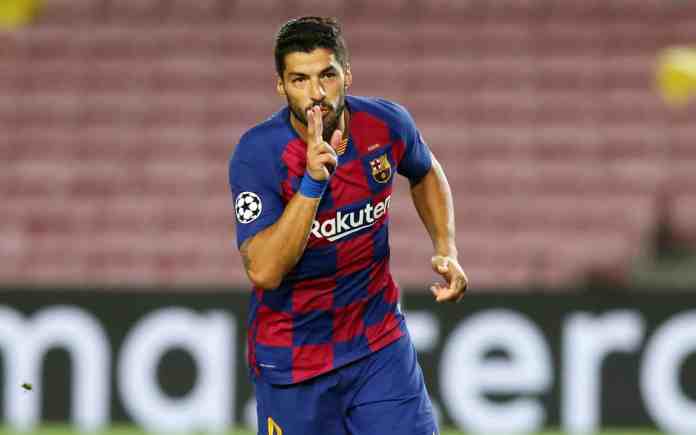 One of Barcelona’s biggest strikers, Luis Saurez, who is now the third-highest goalscorer for the club expressed his emotions against Bartomeu, who indirectly said him to leave. Recently he also posted a cryptic message on Instagram which raised a lot of speculations in the media.

Rumors also keep coming after the Bayern defeat that the Uruguayan striker has been approached by his former club Ajax for transfer. After that loss, a lot of things, except Bartomeu has changed at the club.

Setien has been replaced by Koeman and Abidal to has lost his job, with this Bartomeu wants to clear his image, which cannot be done until and unless he resigns. He did an interview recently where he talked about a lot of things, citing the team requires restructuring all of a sudden.

Having known that this is the most aged squad of Barca history ever, he swapped Arthur for Pjanic and made the Brazilian a villain. In his resign he has sold a lot of young La Masia talents and spend huge sum of money on transfers which have created no impact whatsoever, making the team even more dependent on Leo Messi.

After all of this, suffering a humiliating defeat has made him realize that the team needs young candidates. Obviously, the senior members of the team needed to have sold a lot earlier so that this won’t have happened, we have seen these players fight against their coach and now ended last campaign winning nothing.

It was ridiculous action from Bartomeu to name the players who are untouchables for transfers and asking others to leave the club in front of the media. This has obviously hurt Saurez who scored the only ‘natural’ goal against Bayern. To this, the 33-year old has spoken to El Pais and told what he has in mind:

“There is talk of some names given by the president, of changes that can be given, but no one told me to want to do without me; if this is the desire of the club it would be nice if the person responsible who chooses to speak directly to me. I’ve been in Barca for six years, long enough to say what they think.

Better so filter if I’m one of those who want me to come out. It’s about to be seen. I also want the best for the club and my idea today is to go on, but if from the club they think I am expendable, I have no problem talking to those who decide.”

As he is in his limelight of his career, he was asked about starting the match from the bench and he seemed positive about it too:

“Obviously. I’d accept it here as I always accepted it in my career. The competition is always good and if the technician thinks I should start from the bench I have no problem helping with the role that I am given. I think I can still contribute a lot to this club.”

When Suarez was if he wanted to stay at Barcelona or not he said:

“Yes, whenever you count on me, I want to keep contributing as much as I can. I feel the support of the people since I got here and that gives me a lot of strength to continue as well.”