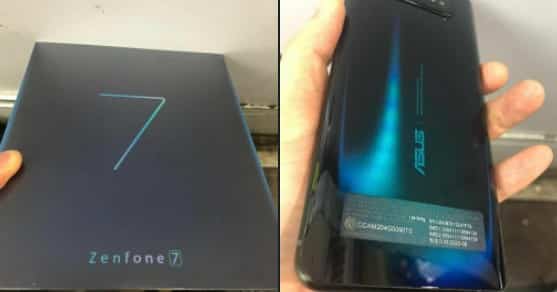 ASUS Zenfone 7 series is launching soon as the company has already started teasing the launch of the smartphones. The series will have two different phones – Asus Zenfone 7 and Zenfone 7 Pro and both of them will have a triple rear camera setup, which is an upgrade over the last year’s Zenfone 6 series. The live images shared by leaksters gives a clear view of the rear flip camera module that contains three cameras.

Tipster Roland suggests that the Asus Zenfone 7 Pro will come with Snapdragon 865 Plus, up to 8GB RAM, and 256GB storage. The phone will be powered with a 5000mAh battery. He mentions that the 8GB RAM variant will be priced at €549 while the 6GB RAM + 128GB storage version will be available for €499.