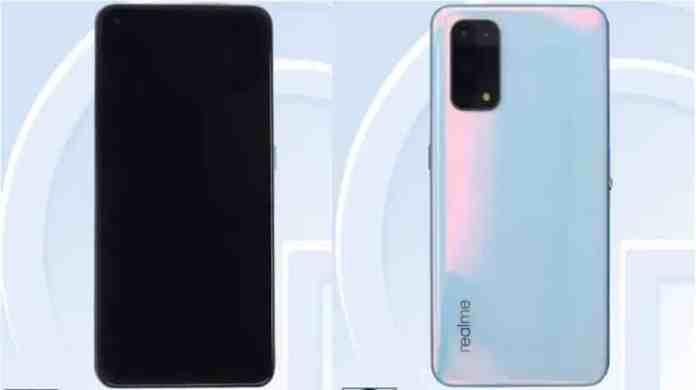 According to sources, a new member is about to join in the Realme family. Realme X7 Pro will be unveiled by Realme on September 1 in China. Well, there are not as many official specifications from Realme, but it is sure that this will be a new sensation from Realme. As this company is mainly known for its huge specification smartphones in a decent mid-range budget, Realme X7 Pro can be a new edition in this list. But it is expected it will be priced more than the Realme X5 launched a week ago, due to its improvised features.

A tipster suggests that this phone can have a large 4,500 mAh battery and is expected to feature a quad-camera setup at the back. Moreover, the TENAA listing of Realme model number RMX2121 has been leaked with specifications that indicated that the model number may belong to the Realme X7 Pro. TENAA also reveals that X7 Pro will come with an in-display fingerprint sensor, and the quad rear cameras will be arranged on the back in the top-left corner in an inverted ‘L’ shape.

In the case of specifications, some information was teased by the company itself and others are expected to get from some tipsters. X7 pro will be available in three different colors such as black,white and purple. It is expected to have two variants 6 GB and 8 GB. There will be two storage options 128 GB and 256 GB (unfortunately, this phone will not have a micro SD card slot for storage expansion). This device will run on Android 10-based Realme UI.

It will come with a 6.55-inch large display (1,080×2,400 pixels) with an in-display fingerprint sensor. The X7 Pro has the volume rocker located on the left frame and the power button placed on the right. According to a reliable Chinese tipster Digital Chat Station, X7 Pro will support 5G networks and it will have a 120 Hz AMOLED display. So, it is quite good to see there will be no compromise on a display of this phone.

A promotional image shared by Realme earlier the day on Weibo revealed the screen is surrounded by slim bezels on three sides, with the volume rocker placed on the left frame of the phone. Coming to its camera specifications X7 Pro is expected to have a 32MP punch-hole selfie camera in the top left corner of the screen. In the case of rear cameras, it will have a quad camera with a primary sensor 64 MP, 8 MP ultra-wide-angle sensor, 2 MP macro, and 2 MP for depth sensor. As it is not officially confirmed, the macro lens could be slightly better in this range. Camera design is expected to be rectangular in the top left corner of the backside.

Coming to its processor this phone will be powered by an octa-core processor of 2.6 GHz, the tipster speculates to be the MediaTek Dimensity 1000+ SoC. X7 Pro will be a thin model with 8.5 mm thickness and weight will be 184 grams alongside a 4,500 mAh strong battery under the hood, which can be charged with 65 Watt SuperDart Flash Charge. That means charging will be lighting fast.

There is no official news or leaks about the price of that phone, but it expected to have a slightly higher price than the Realme X5 series for its improvised specifications. It will launch in China on September 1.

The Redmi K30 Pro launched earlier this year and now the company is all set to release the successor of that...
Read more
Realme

According to recent reports, Realme is all set to launch its Narzo 20 series on September 21 (12:30 PM) this year....
Read more
smartphone

A few days ago, Apple released its latest iOS 14 with a plethora of features. While iPhone and iPad got the latest...
Read more
Load more