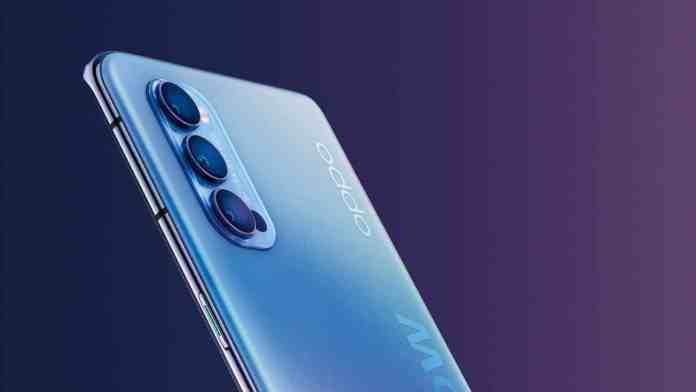 Oppo has launched the Reno 4 series in China and in global markets including India. The series comes with two different phones – Oppo Reno 4 and Reno 4 Pro. The Pro version has only made it to India. The phone also has 5G connectivity. Now right after this a new leak has surfaced on internet revealing some information about the upcoming Reno device. To say about the next reno device you might think about Reno 5 series, and it is correct. New leaks have surfaced regarding the Reno 5 series smartphones, courtesy to a leakster in Weibo.

The Oppo Reno 5 series will have three different smartphones – OPPO Reno 5, OPPO Reno 5 Pro, and OPPO Reno 5 Pro Plus. According to the reports, company will come with all three devices at a time without any surprise like the latest trend of releasing the “Pro Max” or “Ultra” version. these phones will have top of the line specs as the Reno series is the flagship series of the brand.

We would like to remind you that this information is not cent percent correct to be noted at this point in time, as all of these are just information to give a sneak peek to what the devices might have. There is a certain amount of time before the official launch of these devices so all these leaked information might not remain the same and might also change.

After receiving the approval from the relevant agencies of the various countries, Oppo has finally announced the global release of the Oppo...
Read more

Oppo has launched the A32 model in China, but the phone exactly looks like the Oppo A53, so it is expected that...
Read more
Load more