Madden NFL 21: Exclusive First Look and What can you expect? 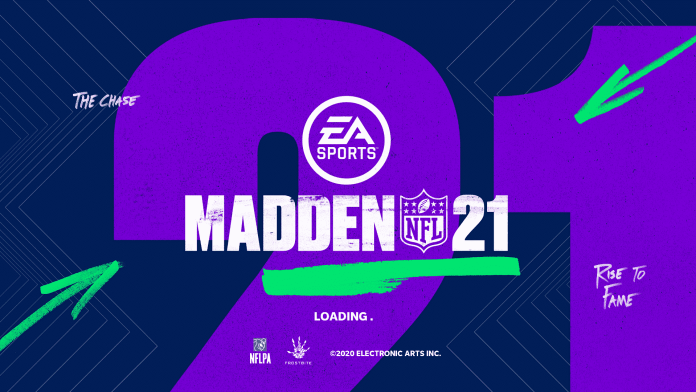 One of the biggest titles of this year, Madden NFL 21 is coming on 28th August across all platforms, however, EA Play Pro members get early access to play the game that too the MVP Edition of the game. You can now easily get access to the EA Play Pro membership and know more details about this from here.

With EA Play Pro, I was able to get the hands-on with the game much earlier than anyone, and here’s the first look that I share along with what can you expect from the new version of the game. 2019 NFL MVP Lamar Jackson, who is the Baltimore Ravens quarterback, is the cover of the Madden NFL 21 game.

The game size on PC via EA Play Pro is about 33 GB but however, you can play it even before its totally downloaded. I noticed how dynamic the game feels as EA Sports has added a cool cover video while loading the game, however, it does really take around 3-4 minutes to load and I tried multiple to confirm that, EA should reduce it later with an update.

Having loaded up, you have to play a new exhibition match that clearly shows the new additions and improvement over last-gen. EA Sports’ new Innovative new gameplay mechanics in Madden NFL 21 deliver advanced levels of control and inspire creativity.

Get crafty with the all-new Skill Stick that allows for enhanced precision on both sides of the ball. There are new offensive and defensive skill sets you can use while playing the game. The new Skill Stick is really very handy in choosing the moves and tactics to either go offensive at players, set different moves, make the best out of the new ball-carrier system to cleverly grab points with you team.

While you defense, there are a lot of new features with the Skill Stick that lets you take full control of your team with specific pass rush moves and combos. You can use various strategies in different aspects of the game and I like how fast it gets adapted.

Also, there are various tackling advancements that include location-based tackling, breakdown tackling, and improved dive tackling. I also noticed that EA Sports has done improvements to play-calling using adaptive AI adjustments to help during defense.

The graphics has improved a lot and the bodies and faces of players look more natural. The game dymanics, the stadium, the graphics tweaks during games makes it more like a original NFL to watch.

You can even celebrate with different gestures in realtime and obviously you have the signature style as well.

Also, the new highlights look much more natural and graphics rich as well:

The homescreen looks great now, however, the loading times have increased a bit mote but its worth it:

As this is an MVP Edition, you have Lamar Jackson all over the game and some extra add-ons which I will show in my upcoming articles. Obviously, the game has a lot of modes to discover, and it been few hours since I played the game, so this is the end of the first look and with days, I will be writing more about the game even it before releases on 28th August.

But, if you pre-order the game now you get a lot of things like (PC):

Or if you want to access the full game then grab a EA Play Pro membership, here are the pre-order links:

Both the Madden NFL 21 Deluxe and MVP Edition release on August 25th while the Standard one releases on August 28th. I will bring more updates about the game in the days to come, so do keep an eye here.

Share
Facebook
Twitter
Pinterest
WhatsApp
Linkedin
Previous articlePlaying in the IPL is more difficult than playing for the country: Muttiah Muralitharan
Next articleSony is preparing to launch Xperia 1 II with 12GB RAM SIM-free version in Japan

EA Sports has always been improving its FIFA series and undoubtedly, in its new FIFA 21 too it will make new additions...
Read more
Load more

The 1.04 update for Death Stranding is now live on PC. The size of the update is around 5 GB, which presents...
Read more

The rumored Mass Effect: Legendary Edition aka Mass Effect Trilogy remastered bundle will launch in early 2021 instead of this October. The game bundle...
Read more